Dumpling Man can be the nicest sweetest dumpling man.  Instead of a present for my birthday this year, he treated me to multiple delicious meals.  I celebrated the beginning of a new decade by stuffing my face one morsel at a time.  Our Seattle trip goals were 2 fold, celebrate my birthday and eat delicious foods.  Paseo and Molly Moon’s was a great start.  Now comes dinner at Crush.  After some random researching I made reservations here, but I had some doubts deep down inside because there were some legitimate sounding negative reviews.

It’s always hard to go with just a la carte or the tasting menu, but we figure that we will get the best sampling of a restaurant’s offerings with the latter.  It’s unlikely we’ll ever go back since we’re not often repeat visitors of many high end establishments.  So for $93 we went for the 6 course (7 if you include the bread) tasting menu.

I’ve had better gougere.  I was disappointed they weren’t warm and cheese, but rather room temperature and only a little bit cheesy.  The rosemary bread was surprisingly fragrant despite looking plain like white bread.

A tasty vegetal offering that was pretty light.  The green garlic and truffle oil were hardly noticeable. 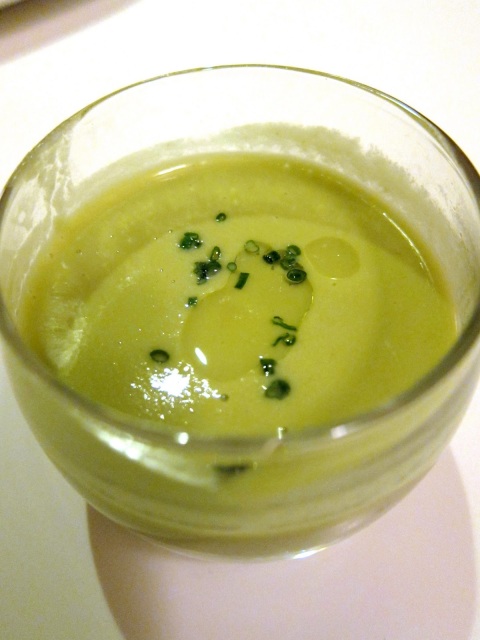 People really raved about this dish and it seemed like one of their signature dishes.  So I was disappointed when it was less than amazing.  It was true to its description of a parsnip flan.  I am only familiar with parsnips from eating so much Terra chips.  It really did taste like the parsnip chips in a bag of Terra chips.  As a flan, it’s not the most delicious vegetable or root to go with.  Roe is roe, salty, briny, and quite the contrast to the flan.  It was another stark contrast to the sweet maple syrup.  The bacon creme fraiche had that signature smoke from the bacon.  Whatever that shredded stuff on top was, it was stale.  Overall, the idea was nice, but it didn’t taste all that great.

I think I’ve concluded that any dish with edible flowers on it is not going to be very good.  Everything on a plate should have flavor and edible flowers never taste like anything.  Everything else was just a lot of show too with not much flavor punch.  At least the hamachi was fresh.

I was looking forward to this dish because it was the only dish that sounded appealing by its description.  The gnocchi were very fluffy, the sauce was light and just slightly creamy, and the crab was sweet and fresh.  The pickled ramps added a different flavor dimension. 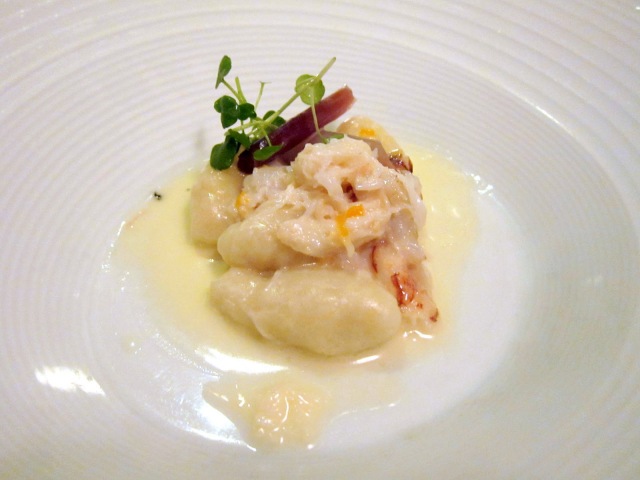 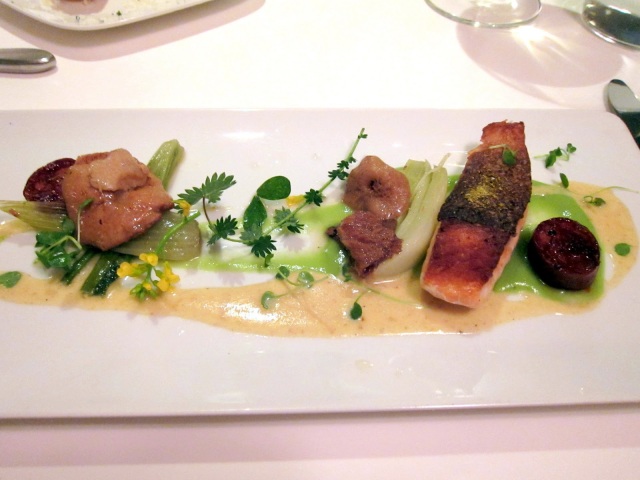 I was so stuffed, as I always find myself at this time during a multicourse tasting menu.  Alas, it seems to always fall during one of the stronger main course of the night.  This was no exception.  The duck was a nice medium rare and was prepared with many earthy accompaniments.

This was frankly gross.  I think it was meant to be a palate cleanser but it just made my mouth go “pew ptew ick yack.”  It really tasted like pepper!

Crush redeemed itself from that terrible sorbet.  This was like the most delicious Kit Kat bar wrapped in rich silky chocolate.  The crispy wafer layers were so perfectly crunchy and chocolatey.  I had to make a conscious effort not to finish off the whole thing.  This was really one of the best desserts I’ve had in a long time, mostly for being a solid classic rather than an innovative treat.

Overall, Crush was sort of a letdown.  For this price point, I expect to be wowed by every course.  Only the dessert and gnocchi were worthy any praise.  Everything else was nice, but not particularly spectacular.  I should have listened to the other Yelpers who were also underwhelmed.  Art of the Table will be my next fine dining destination in Seattle.  All in all, it was still a nice treat for my birthday by Dumpling Man.