Orange County seems to have more tasty food options these days.  We decided to try a different shabu shabu place because we usually just go to California Shabu Shabu which typically has quite a wait, but this other spot in Santa Ana seemed pretty popular on Yelp.  It was a Saturday night but there wasn’t much of a wait for a spot at the shabu shabu bar.  What we had to wait a long time for was our meat!  Apparently, they had a newbie back in the kitchen slicing the meat.

It’s kinda cool that you get a bowl with an array of toasted sesame seeds that you grind yourself. 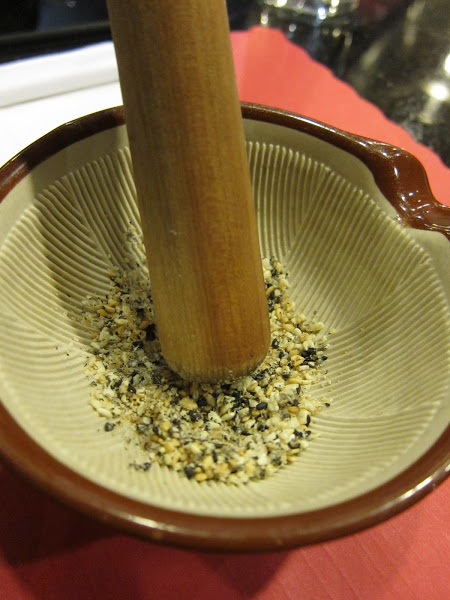 After that, they add the sauce and give you the option of a drop or two of capsaicin oil.  I’ve never had this before so I lightly dipped my chopstick in the middle of that oil spot to taste it.  FUUUUUUUUUUDDDDGGGE!!!!!!  I wanted to DIE after that.  A smarter person would have MIXED in the oil before tasting it. 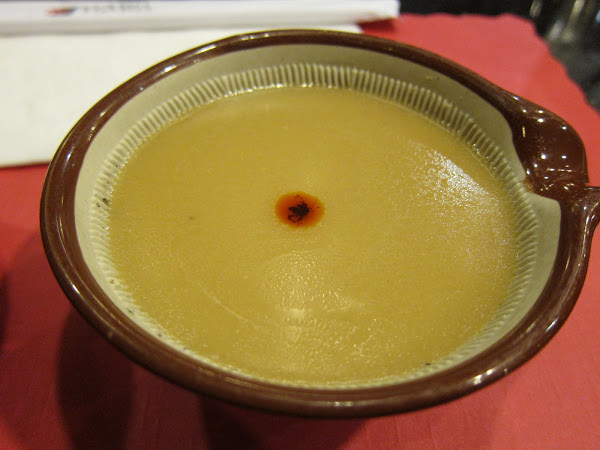 The ponzu sauce was pretty standard, but the goma sauce, capsaicin and freshly ground sesame seeds and all, was a big disappointment.  It was frankly bad.  Triple T said she’s had better store bought versions.  The texture was so artificial, like it was extra thick from cornstarch.  It was a glossy goopy mess.  It was a source of distraction for the whole meal. 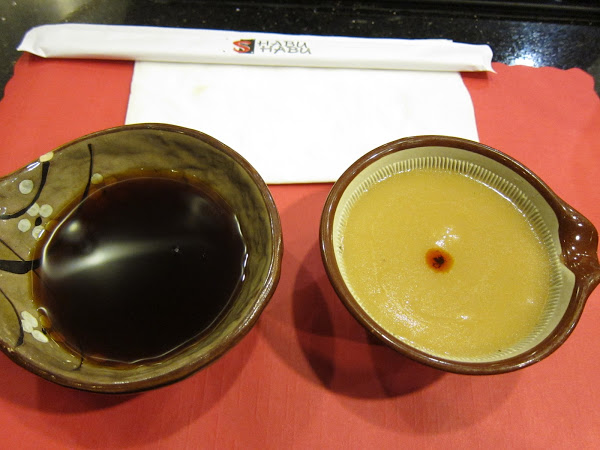 The meat was pretty standard, although Smooth Obturator and Triple T complained that the meat was dry.  I didn’t quite agree, but it definitely was not melting in my mouth.

Your standard accoutrements.  Without this, you would never feel full. 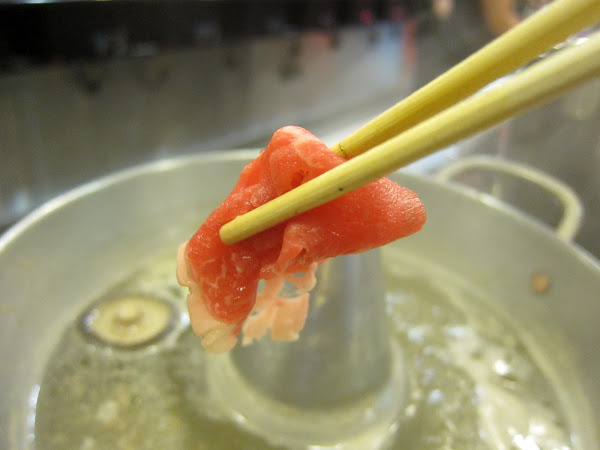 Like at California Shabu Shabu, they’ll take your residual cooking liquid, add something like tsuyu to make build up a soup base and then you add your cooked udon noodles.  Here it was just ok, but I’ve had better. 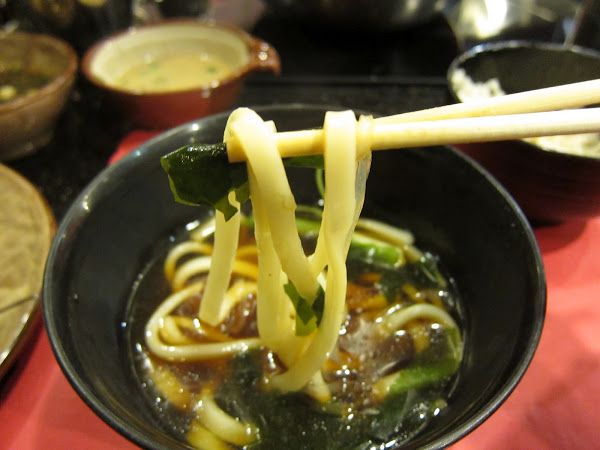 Shabu Shabu was just ok.  I think I’ve had better.  California Shabu Shabu is definitely better.  That goma sauce was just criminal.  One thing I don’t ever comment on or give credit to is the service, but here the servers were genuinely friendly.  The manager or maybe the owner was super attentive and did notice we were waiting for our meat for sometime and he tried to explain and apologize.  He was also concerned we would be cold sitting close to the entrance, but we didn’t mind.  Oh, and they provide purse hangers!  I’d come here if I were super hungry and couldn’t stand the wait at California Shabu Shabu.  But even all the nice servers and owner don’t make up for that damn sauce.  Oh, and be careful not to miss the restaurant because from the street it looks like Habu Habu because the S is in black.