The pintxos crawl continued with Borda Berri, another popular spot in Old Town San Sebastian.  The crowded, elbow to elbow standing-only dining was a testament to their fame among locals and foreigners alike.  The menu was in Spanish, but the servers spoke some English.  Dining here was definitely manageable, and the food made it that much more enjoyable.

Risotto de “Puntalete” con Queso de Idiazabal
One of their top specialties was this cheesy “risotto.”  It’s all made to order in batches, since its so popular.  Orzo pasta is prepared in the style of risotto here, which would explain how they can churn this out so quickly.  Idiazabal is a local Basque cheese made from unpasteurized sheeps milk and usually smoked.  It had a unique umami saltiness with a slightly smoke.  It’s certainly something that would be best enjoyed with a tall glass of wine.  Eating a whole plate alone would be hard to do in my opinion.

Sepias de la Plancha
The lightest plate of the bunch.  Delicious like everything else “a la plancha” in Spain.

“Kebab” de Costilla de Cerdo
The pork rib was another popular menu item.  It ate a tad bit dry.  It still came off the bone nicely.  I probably wouldn’t order this again though.

Magret de Pato asado lentamente
The skin could have been rendered a little more, but the duck breast was well seasoned and cooked nicely. 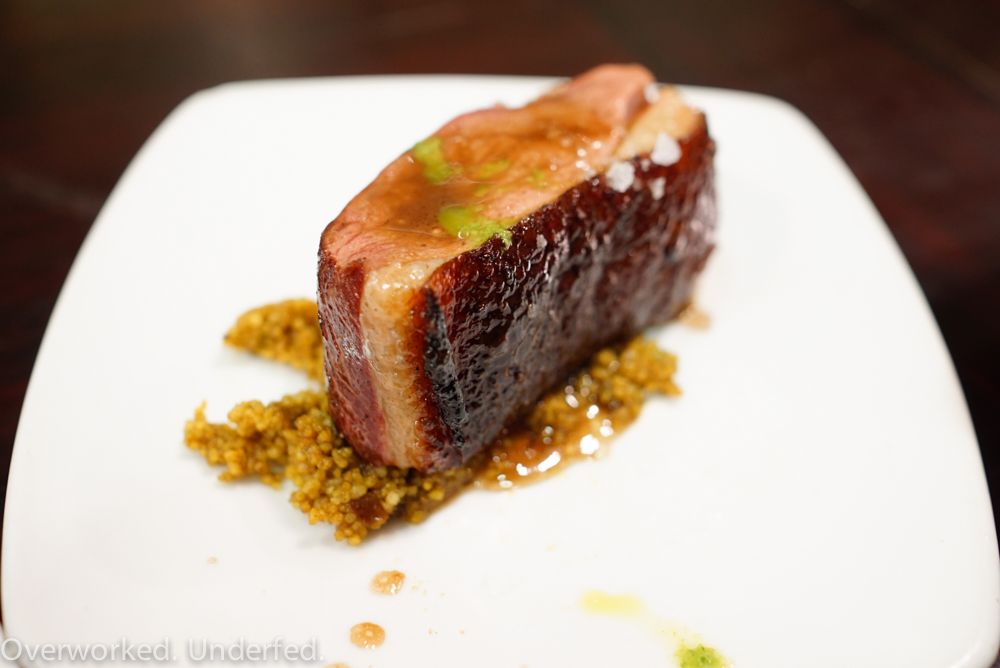 I enjoyed Borda Berri probably more than The Annoyer.  The food was heavy and salty, but that’s how most of the protein laden pintxos in San Sebastian are prepared.  It’s meant to be enjoyed with alcohol and eaten here, there, and shared.  If meat is not your thing, come for that cheesy risotto.  YUMS!