There were so many decisions to make about the Amalfi Coast.  Where to stay, what cities to visit, how to get around, and of course where to eat!  Our time was limited, so we decided to park ourselves in Positano and visit the other cities.  Unfortunately, or fortunately, our hotel was sooooooooo magnificent that we never wanted to leave.  We spent most of our time in Positano, never really taking in the rest of the Amalfi coast cities, but from a distance.

We were warmly welcomed at Il Ritrovo by their complimentary hotel pickup.  The restaurant is quite high up on the cliffs of Positano.  Bus would probably not have been too practical and taxi would probably not have been cheap.  We were grateful for this little added perk.  The trip up to the restaurant, which was located quite high up in the cliffs of Positano, gave some impressive nighttime views.

Amuse Bouche
Compliments of the chef. 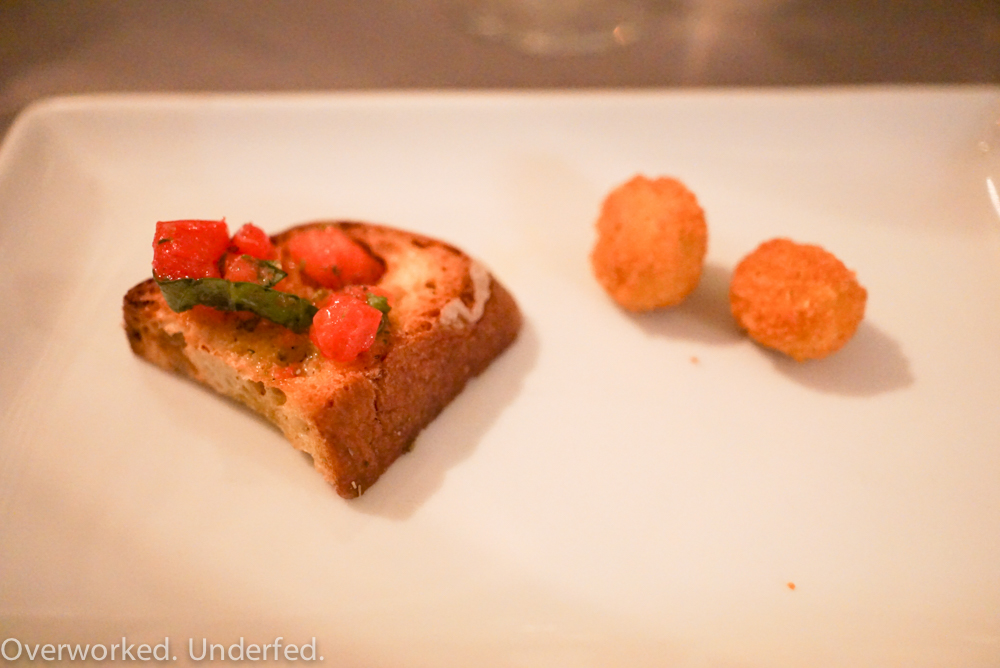 Polipo alla Griglia con Capperi e Pomodorini grilled octopus with giant capers and cherry tomatoes
Octopus in this part of the world is so much more tender.  The char was lovely.  The blistered tomatoes were sweet and the capers balanced it all with the perfect touch of saltiness.

Gnocchetto di Zucca con Gamberetti e Rucola pumpkin gnocchi with shrimp and arugula
Probably my favorite dish of the meal and maybe the entire trip to Amalfi Coast.  The gnocchi were pillowy soft with a subtle sweetness of pumpkin.  The sauce was really delicate.  I wished there were more shrimp! 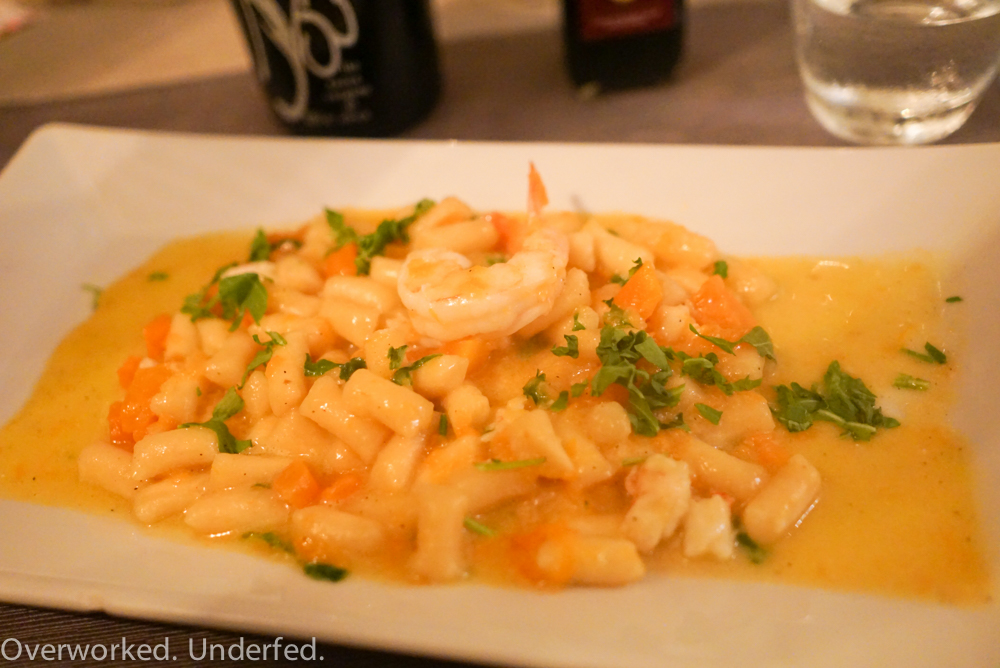 La Gran Zuppa Saracena di Pesce the great saracena stew for two
Local fish, scampi, mussels, clams, and squid were stewed in a tomato based broth.  The dish had so much potential but it was SUPER salty, like bordering on inedible.  We felt bad complaining about it, so we ate most of it.  At the end of the meal, we did mention something and our waiter, without hesitation, took it off our bill.  He did note that we should have said something earlier so he could remake it for us. 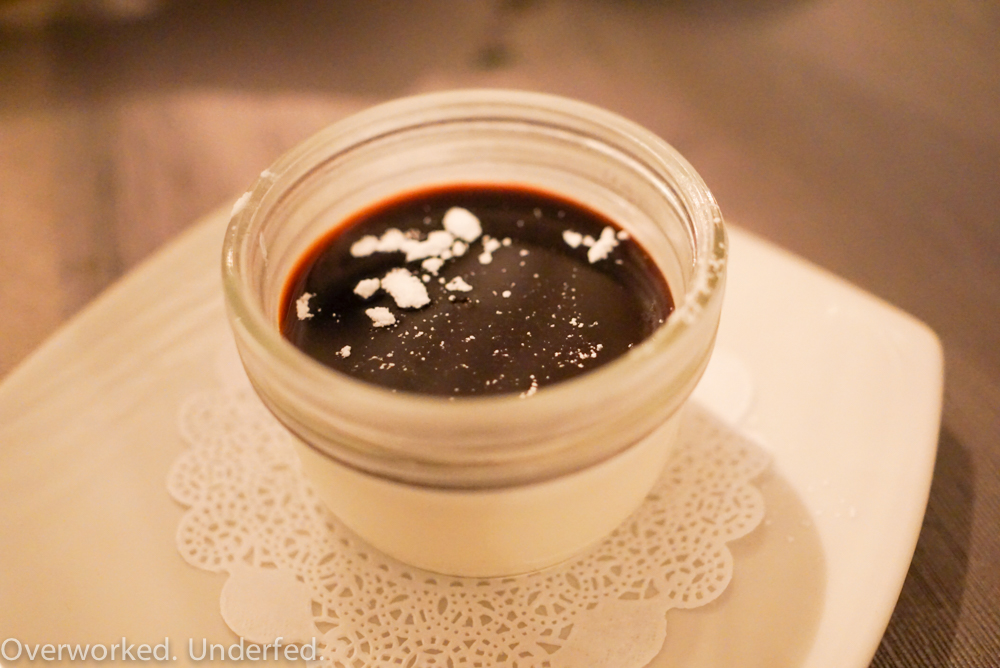 The desserts were a nice finish.  Not too sweet.  Just the way we like it.  The food was good enough, though a tad pricey.  The service really impressed us, from the complimentary bus ride to the comped seafood stew.