Skip to content
My experience with Szechuan cuisine is pretty limited.  I’ve probably eaten it only a handful of times and I was never impressed or filled with a desire to go back for more.  I think people always mistake Szechuan food for being particularly spicy, which it’s really not.  Though, my spice-O-meter may not be representative for the average person.  I can handle the heat.  Szechuan food is spicy in that numbing tingling Szechuan peppercorn spice.  It’s a very specific kick to your tastebuds.  And it’s hard to avoid it when your food is swimming in these peppercorns.After Ho Bag and company (Crack, CrackBaby, Crack Baby Daddy, Bang Bang, Ever-Knee, Tall Steven, Short Steve, Always-Makes-Me-Laugh)  were sufficiently “pumpkin wasted” from pumpkin carving and noshing on awesome spiced pumpkin muffins, we chowed down like royalty at Chuan’s.  We bypassed the crowd, waved to the manager like we were old friends, and ordered almost everything on the menu like we were starving Africans.  And when were still hungry after round 1, we ordered more.  It’s like we owned the place, but really we were just a bunch of nobodies tagging along with a somebody, Tall Steven who had the hookups for this place.
Snacks

I actually didn’t get to try it. 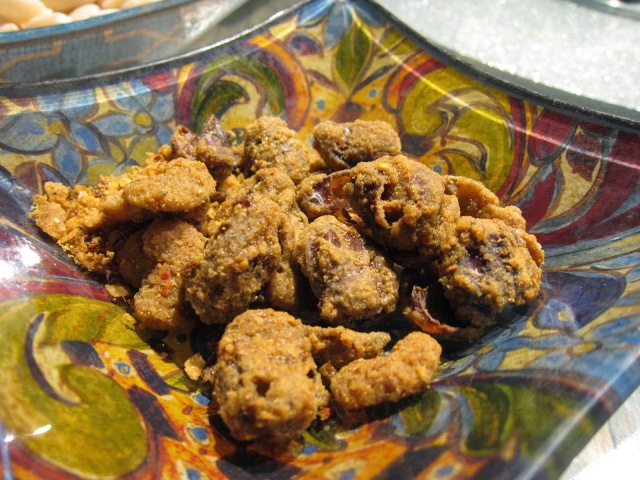 The waitress sorta threw this one in there, but I knew I wasn’t going to be much of a fan.  I’m not sure if the whole agar jelly thing is an acquired taste.  It’s tasteless with a texture I don’t associate with savory foods.  However, I actually like the sauce and spices in this so it was kinda tasty.  If you like agar jelly you should probably order this.

I was really hungry when I tried it so I was like “mmmm” the whole time.  Though, looking back it was solid but not particularly spectacular.  Not sure where the “drenched in oil” part came in because it tasted like a pretty normal roasted duck and it’s skin wasn’t that crispy.  At least it wasn’t fatty like most roasted ducks.

Solid and probably more authentic than the spicy wontons at Din Tai Fung, which are still my favorite.

I think this must be a signature Szechuan dish because I see it highlighted at every Szechuan place.  I’ve not been impressed with prior offerings, but this was really good.  Try not to be put off by the hundreds of chilies, onions, thousands of peppercorns, and the sheen of a very heavy oil slick.  It could all go so wrong and overwhelmingly oily and numbing, but the he flavor here was complex and rich.  I do wonder why they have to put SO many inedible things in here that make it difficult to eat and enjoy the edible things.  Toward the end of the dish, you literally are fishing for fish.

This was one tasty hot pot.  I would highly recommend it.

For the pansies of the group that could not handle the heat, we had some non red dishes.  The pork was good and fatty.  Underneath was a mound of salted pickled mustard greens I think.  It was pretty darn salty.  It would have been pretty tasty mixed with a lot of rice. 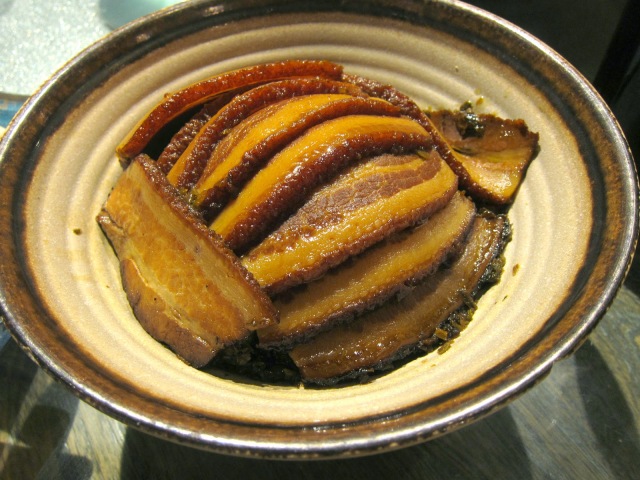 It seemed like everyone on Yelp was ordering this dish.  It was gone in 2 seconds.  It brought the same spicy, numbing heat as some of the previous dishes, but with beef that was probably seasoned in cumin and fried I think.  The meat was a tad dry.

Another non spicy dish, but still good and saucy.  Damn, I just want a bowl of rice looking at this picture.

Vegetables
I think this was bok choy.  We were all surprised to see it chopped up so finely like this but it was a necessary dish to balance out all the proteins and flavor packed dishes. 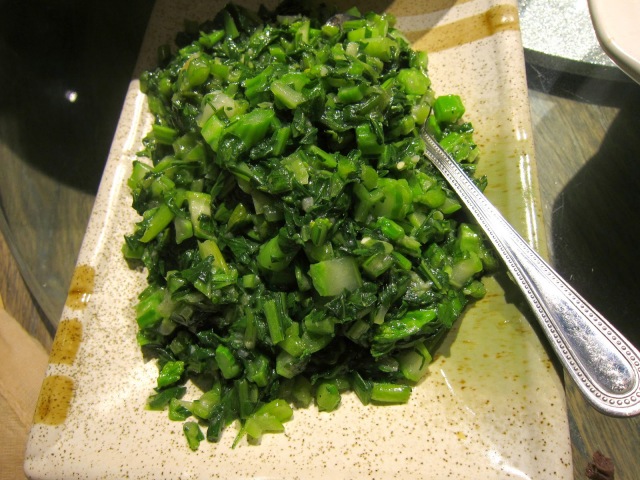 This was probably the most mild of all the Szechuan dishes surprisingly.  It was on the sweeter side of any kung pao I’ve tried.

Overall, I really liked Chuan’s.  It tasted authentic, though you might want to take that with a grain of salt since I am no expert on Szechuan food.  The flavors just seemed more complex.  The food was pretty tasty.  The execution was spot on.  They were still in their soft opening phase too.  It probably helps that the chefs here are actually brought over from China, where the head honcho of this establishment actually owns and operates an empire of restaurants, a hotel, a culinary school, a food processing company, a book publishing company, a handmade furniture company, and an interior design firm.  The restaurant itself is bright, clean, and a good mix of modern and traditional decor.  It looks like a lot of money went into building out the place.  So I hope that the place survives.  If I lived closer, this would be my spot for my Szechuan fix.  One downside, is that a lot of their special and signature dishes can’t really be enjoyed by small parties.  The portions are pretty large, so come hungry or come with your family of 10!