When I was in college, too many years ago, the only reasons we went to downtown LA was to volunteer at the soup kitchens and feed the homeless people by Skid Row.  Fast forward, again, too many years, and downtown is a destination to dine and spend a night out, what with LA Live, the Nokia Theater, Staples Center, and many restaurants popping up throughout the area.  It certainly feels a lot safer hanging out in downtown LA, so I was a bit surprised to find Maccheroni Republic in a sketchy part of DTLA on Broadway.  The rustic Italian cuisine showcasing a variety of handmade pastas is a stark contrast to the neighboring McDonald’s and random shops selling bridal gowns, CDs, discount goods, etc.  I think what was more off putting was the fact they don’t serve wine!  What kind of Italian restaurant does not serve wine?  There’s no corkage fee so we could have brought our own bottle had we known.  Or we could have hiked over a few miles to the nearest wine shop like our waiter had suggested.  I think The Face Puncher and Lactose Intolerant T (formerly known as Quack Man T) were both thinking the same thing I was, which was “you want me to what?!”
Polpettine di Gamberi crispy pan fried shrimp cakes, caramelized onions

These were golden fried on the outside and shrimpy and snappy on the inside.  The caramelized onions were sweet and added nice contrast, though really I’m not sure how they two went together.  I’m not even sure what was Italian about this, but I do believe the place was authentic.  Our waiter was a real Luigi, with the accent and all! 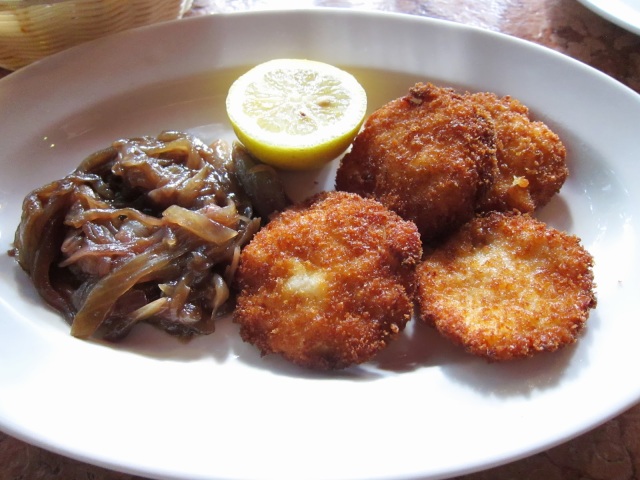 The pastas were perfectly al dente.  The duck could have been any other meat really, but tomato sauce was not too overpowering. 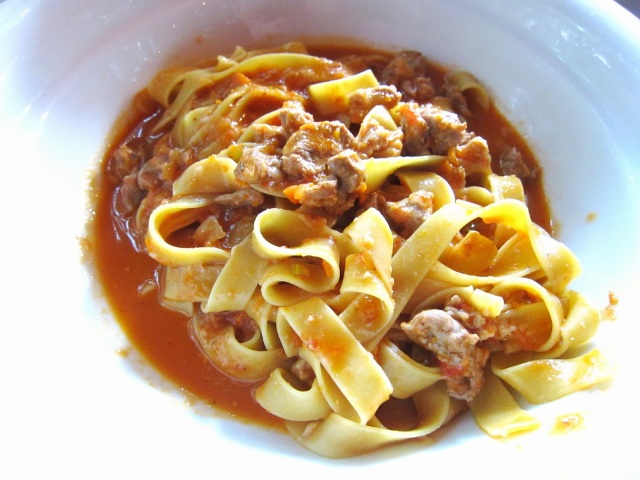 I’m usually not a fan of cream sauces but I’m glad The Face Puncher suggested this one.  It wasn’t too heavy, but I didn’t eat the whole dish.  The black and white pastas didn’t add much to the taste of the dish, but rather just the look of it.  Isn’t it pretty? 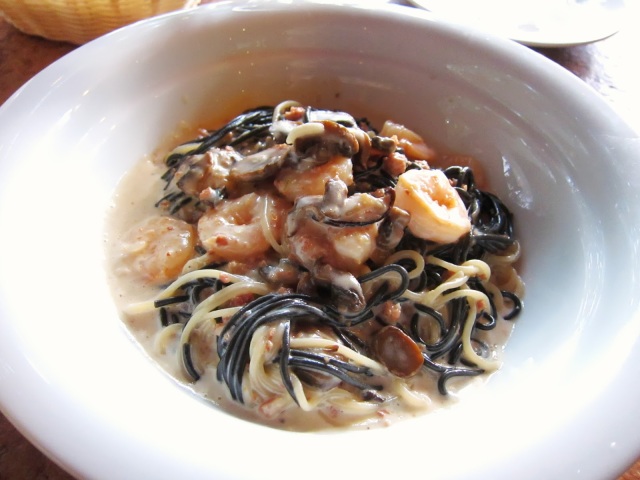 I’m a sucker for seafood and tomatoes so this was a winner in my book even though it was tad oversalted and the fish was overcooked.  I was still a happy camper. 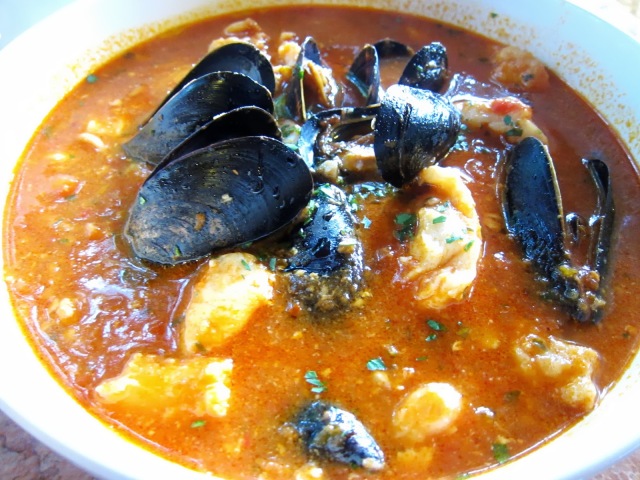 The Face Puncher was very excited by the mascarpone, but we didn’t find this flan to taste any different than any regular flan we’ve had.  It also wasn’t the smoothest flan I’ve had. 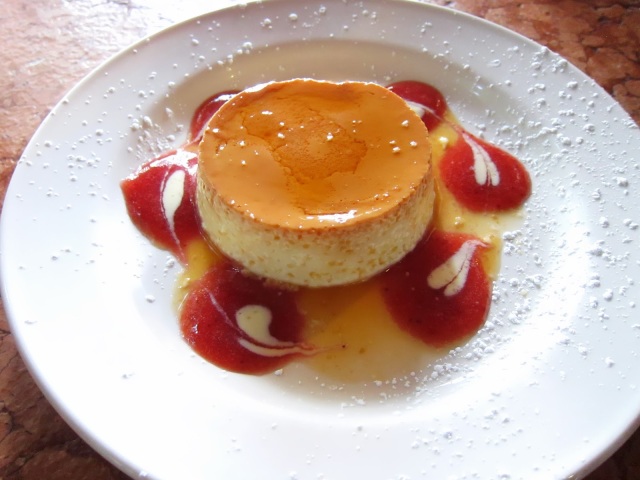 Just your average panna cotta, nothing too spectacular here. 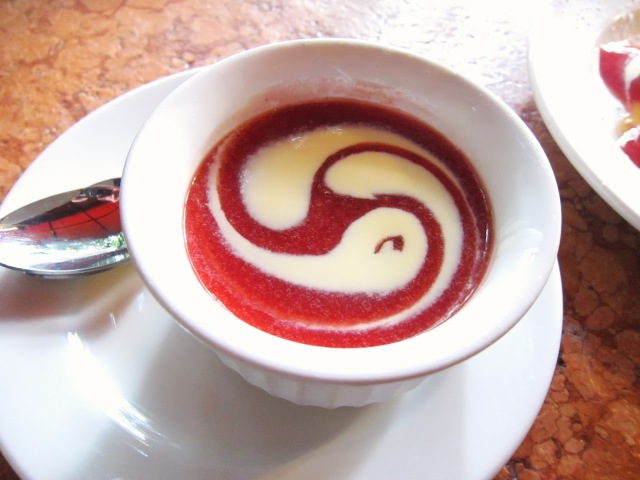 We felt Maccheroni Republic was pretty solid.  The pastas were fresh and al dente, the sauces were hearty and simple.  I’ve certain had more fancy and interesting Italian food, but sometimes you just want good pasta and I think Maccheroni Republic does it well.  It’s not something I’d hike across town for, but I would come again if I were in the neighborhood in the mood for a casual meal.  The location on Broadway is a bit off putting for me, but not a total deal breaker.Lactose Intolerant T would like it be on the record that he was a courageous trooper for braving the often times dairy filled creamy waters of Italian cuisine for the night.  The Face Puncher and I were much appreciative he took lactaid that evening.