So if you’ve ever been to Maui, you’ve probably done the “Road to Hana” trip.  It actually sounds much more glamorous than what it actually is, which is just a really long and windy drive around the north part of the island.  You’re supposed to get off at various scenic points along the way to take in the natural beauty and wonder of Maui. The drive itself is only 2.5 hours but making multiple stops along the way can really drag out the trip.  You also have to factor in the time it takes to drive that same road back before sunset to avoid a dangerous nighttime drive on a windy narrow road.  It’s easily an all day affair.  Knowing this, we tried to hustle and make only a few stops along the way, with the most time spent at the Waianapanapa Black Sand Beach. 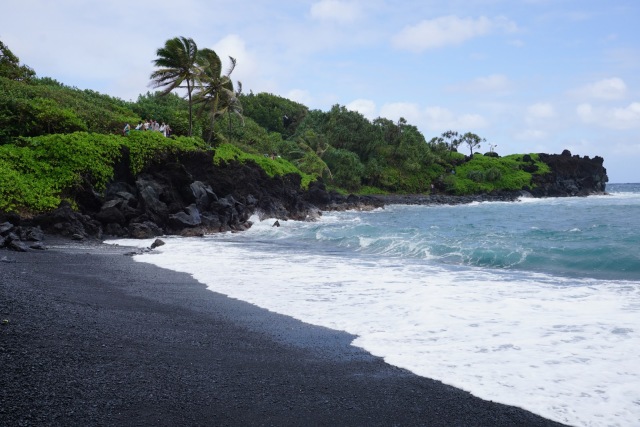 Even then, we didn’t end up eating lunch till 1245-1pm, which means we spent 4 hours on the road!  We were pretty famished by the time we got to Braddah Hutts and literally just beat the rush.  The food here is simple. It is a food cart after all. The focus is BBQ meats and grilled fish plates. 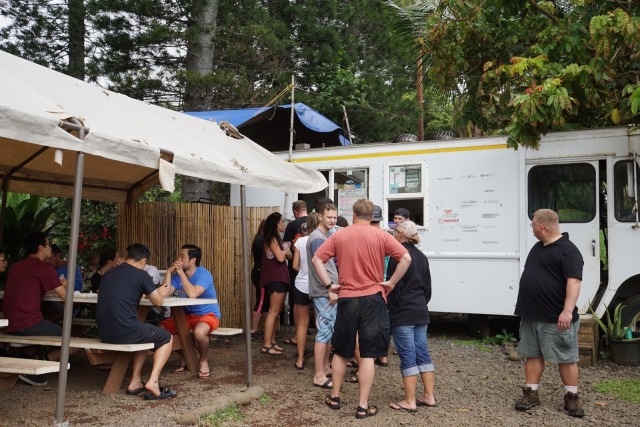 The first bite was magical.  It was unanimous.  The food here made the food at Lahaina Grill seem mediocre.  For a fraction of the price, we were eating food that satisfied our souls without raping our wallets. In all honestly, we were probably beyond hangry. We were pooped and so glad to be eating instead of driving in a van for another second.  The meat had char and smoke. The extra sauce wasn’t necessary but a welcome addition. Everyone else seemed to really enjoy the macaroni salad. 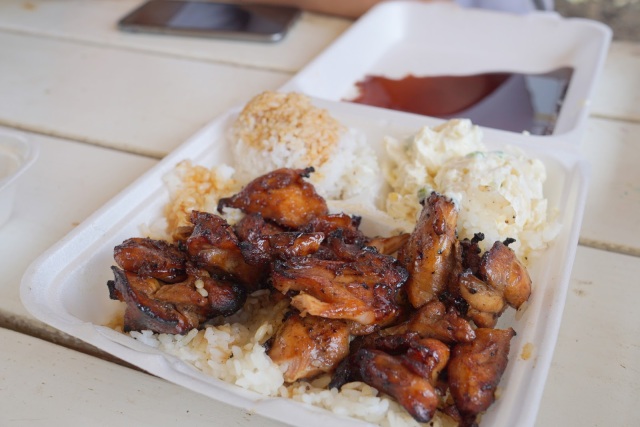 Kahlua Pork rice, macaroni salad
This wasn’t as successful as the previous dish. I discovered that Kahlua pork doesn’t really have that much flavor. It just tastes like boiled meat. Versions I’ve had usually have brown sugar and soy sauce but the ones I ate in Maui were just seasoned with salt and sugar. 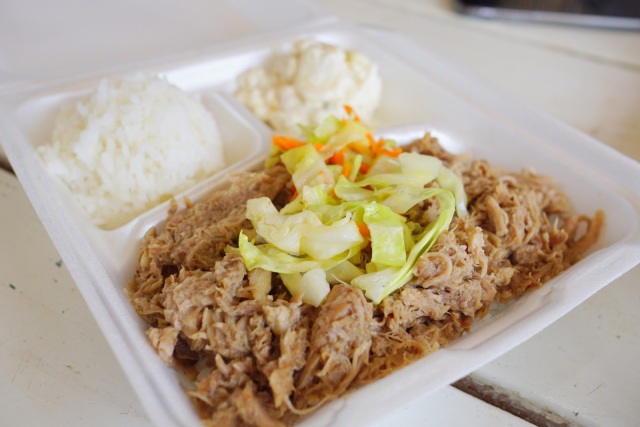 BBQ Pork Ribs
I was overcome with hunger and excitement that I forgot to take a picture of the plate. It was pretty fricking good though. The meat was so tender and just falling off the bone. Yums!
Ahi Tacos
Of course The Annoyer ordered these. The rest of us were so ahi taco-ed out. He didn’t seem too impressed by the offering here. 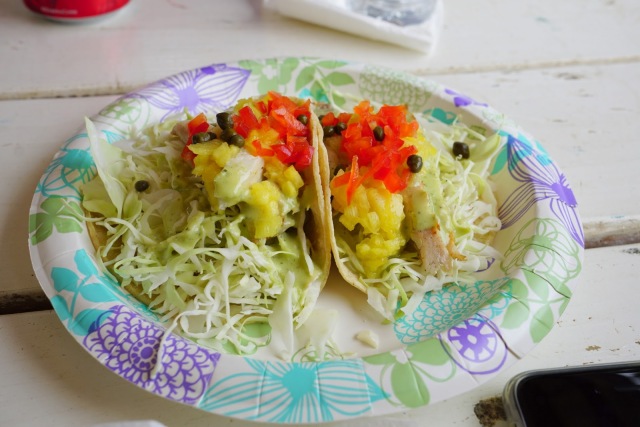 Shrimp Pasta
Yelpers really raved about this one and we probably went overboard ordering 3 of these. If you like creamy cheesy things, this one is your boo.  I’m a tomato person, but I enjoyed this. Mostly because it had a ton of veggies in it. It was almost like an Asian noodle stir fry flavored with cream sauce instead of soy sauce. They were skimpy of the shrimps or their size either. 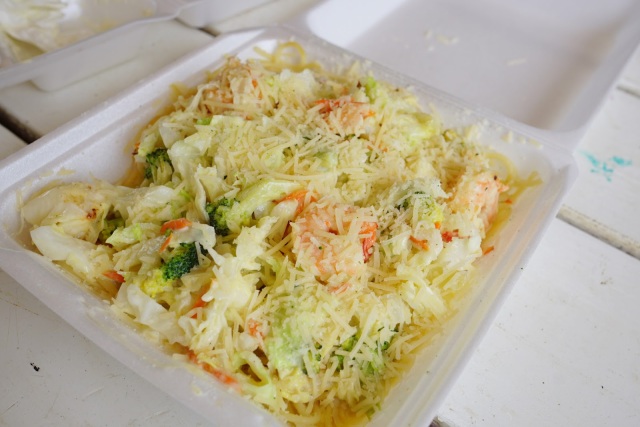 As our appetites were sated in an ocean of shrimp pasta, our excitement for Braddah Hutts quelled a bit.  But the place is solid for sure.  Compared to whatever else is out there in Hana Town or the surrounding area, Braddah Hutts is probably the best you’re gonna find for a simple inexpensive meal.  3SB actually put Braddah Hutts as his favorite meal of the trip.  I think if we had stayed with the BBQ plates (we didn’t get to try the BBQ pork or short ribs), and ordered only one shrimp pasta, we would have been happier campers. All in all, Braddah Hutts hit the spot and should be added to the list of attractions on the “Road to Hana.”
10 – You NEED to eat here
9 – Awesome!
8 – Very good
7 – Good
6 – OK
5 – Average
4 – Not bad
3 – Not good
2 – Terrible
1 – Do NOT eat here