Before Sheldon Simeon took home the title of Top Chef, he was the executive chef of Star Noodle. I’m not sure if the place was as popular before or after his win, but it has 2679 reviews on Yelp averaging 4 stars now. That’s pretty stellar.  In any case, multiple friends have tried this place in the wake of his win and have told me it is not worth a visit.  I was gonna skip the place all together, but The Keeper heard great things and wanted to give it a shot.

We ordered a hefty round of appetizers/small plates to start.  I wonder who was the mastermind behind that move…
Star Kim Chee napa cabbage, garlic, ginger
Of course The Keeper is gonna have her opinion about the kimchi (being Korean), which she prefers less pickled.  The Flatulent Snorer and I like it more ripe, but definitely not bubbling.  I actually quite enjoyed the kimchi, not too sour, sweet, salty, stinky.  Pretty tasty, but can obviously be skipped.

Filipino “Bacon & Eggs” crispy pork, poached egg, tomato, onion
I was actually really pleasantly surprised here.  It was very homey.  The pork belly was rendered to a lovely crispness.  The runny egg added another layer of lusciousness.  The tomatoes and onions added fragrance and texture.  I really liked this even though it was so simple.  Definitely order it.

Vietnamese Crepe shrimp, pork, bean sprouts, nuoc cham
I was wary of ordering this because its often not good even when Vietnamese people make it.  I’m not sure who is helming the kitchen since Sheldon left, but what did he know about Vietnamese food.  The problem with banh xèo, is the crepe part has to be the right texture, thickness, and crispiness.  It was too chewy here.  It’s also a pain to share because you have to break it into pieces.  The filling had more protein which was a plus.  Anyways, you can skip this one.

Roasted Mushrooms pan roasted medley of alii, shitake
Not something I would have thought to order, but also another surprise winner. 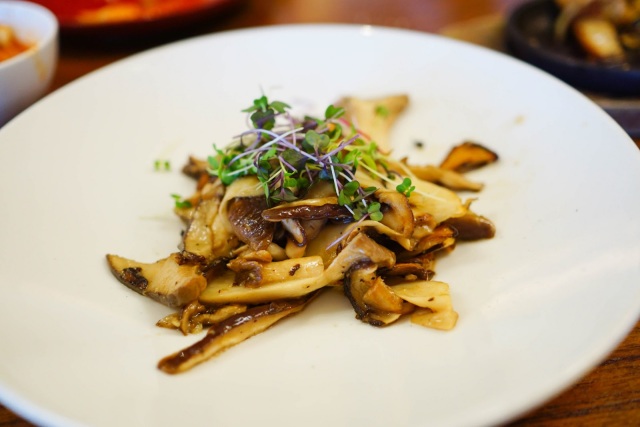 Scallop Shots wafu dashi, ginger, scallion, lemon evoo
I loved the wafu dashi, but damn was it salty!  I was not entirely sure how this was supposed to be eaten, but after I popped the scallop in my mouth I sipped the dashi like soup.  It was so flavorful but probably needed to be diluted.  Or maybe I wasn’t supposed to drink it after eating the scallop.  Tasty! 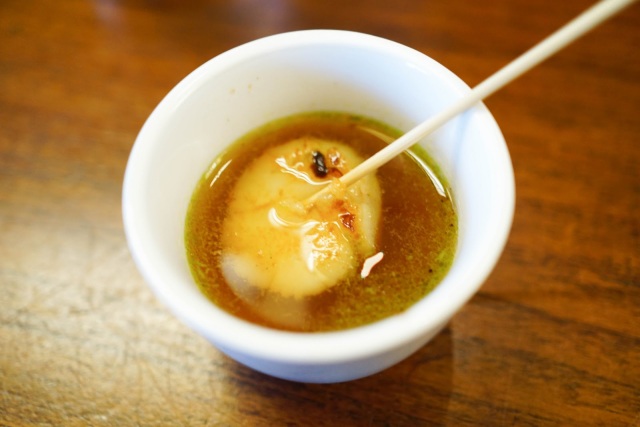 So now the noodles are supposed to be the main attraction here right?  I know why friends have not given their stamps of approval for Star Noodle.

Fried Saimin kamaboko, spam, egg, bean sprouts, scallions
I’ve never heard of saimin before, but I guess it’s a wheat egg noodle with pan Asian influences.  I guess its closest in texture to your standard Chinese egg noodle, like that found in wonton soups, but a little softer.  I didn’t like the texture to start.  I didn’t think the flavors or proteins were very interesting, but I guess it’s very Hawaiian.

Lahaina Fried Soup fat chow funn, ground pork, bean sprouts
I wanted to stay away from the gobs of carbs here, because I know most people can eat only a few bites.  There was something just a bit off with the texture here too.  Maybe not soft enough?  I appreciated more wok hey here, which I enjoyed. 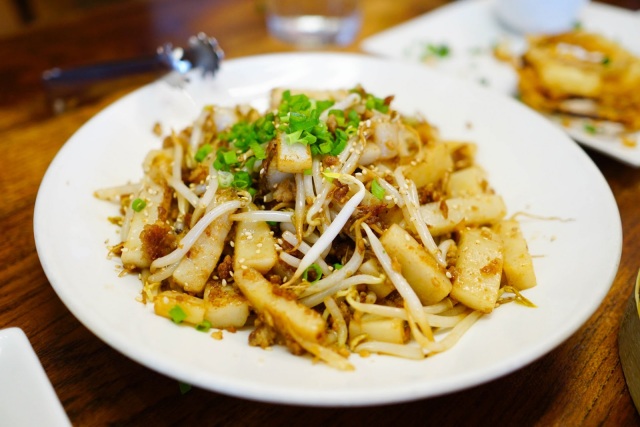 Napa Ramen rich pork broth, roast pork, poached egg, choi sum, kamaboko, bamboo shoots, mayu, aka miso
Ramen is such a hard thing to make outstanding.  It usually comes down to the soup, first, and the noodles, second.  The broth just lacked oomph.  I’m not surprised that a place, whose sole focus is not ramen, failed to deliver a great bowl of ramen.  The noodles also tasted wrong.  Either I got to them too late, and they became water logged and mushy, or they were just the wrong noodles for Japanese ramen.  I’m leaning toward the latter. 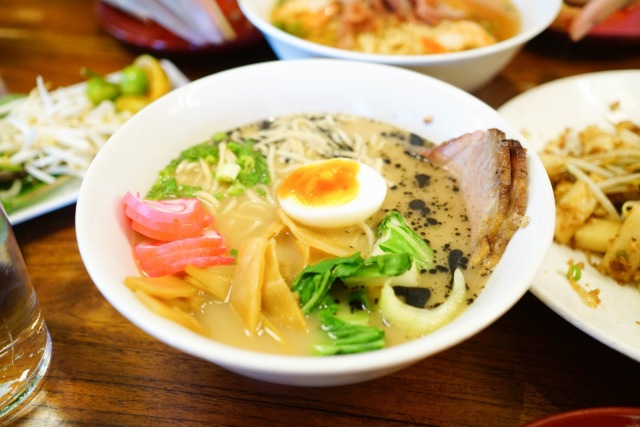 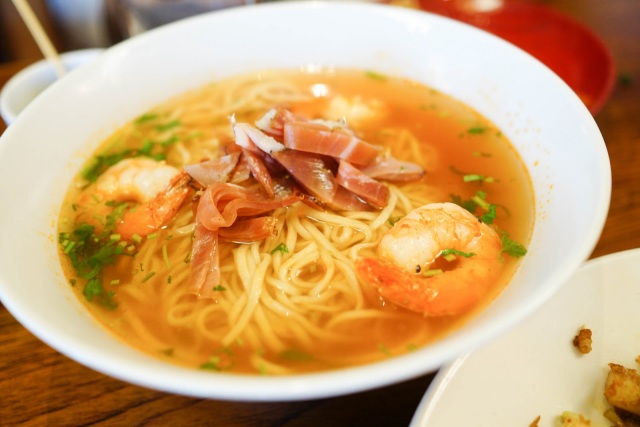 Star Udon rich pork broth, roast pork, scallions
This was the most successful of all the noodles.  The broth was probably the same base used for the napa ramen, but the noodles were actually udon noodles of the right texture. 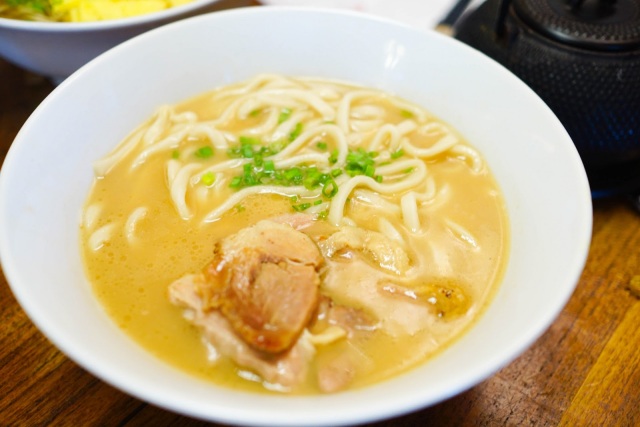 Local Saimin wafu dashi broth, spam, kamaboko, green onions
More of these saimin noodles I didn’t really take to.  The broth was good, but couldn’t make up for everything else.

The appetizers were definitely the highlight of the meal.  None of the noodle dishes were really that great, but I’ve eaten a lot of noodles in my life so maybe my standards are too high.  I think for Hawaii, this saimin noodle is the thing.  I’m not a fan, so it makes it hard for me to really like what’s going on here.  And I’m pretty particular about my ramen.  If you’re in Lahaina, stop by but don’t have high expectations for the noodles.
10 – You NEED to eat here
9 – Awesome!
8 – Very good
7 – Good (for the appetizers)
6 – OK
5 – Average (for the noodles)
4 – Not bad
3 – Not good
2 – Terrible
1 – Do NOT eat here