Skip to content
I’ve said it before and I’ll say it again.  Orange County has some pretty good sushi.  When Pushy & Stubborn told me his go-to sushi joint is San Shi Go, I sorta scoffed.  I had been to the location in Laguna Beach and was totally underwhelmed by their large selection of rolls and other sushi options doused in sauces.  I own up to being a snob about many things.  Don’t hate.  I just like sushi in its purest form.  At this Newport outpost of San Shi Go, which is super far down the Balboa penninsula, Fishing Zebra Man and I opted for the everything omakase meaning hot dishes and sushi.

Yagara Trumpet Fish
The chef’s response to the puzzled look on my face when I was told about our next dish.

Pretty scary looking fish, especially with the mouth all yanked open, but when cooked it was a really clean but buttery tasting white fish.  I guess it reminded me of black cod in a way.  The ponzu foam added that nice acid to the earthy mushrooms and creamy white sauce.  That furry ball was a mountain peach.  Never had one before but I’m not sure if it was fresh.

Nice job cooking the scallop.  My favorite part was the black vinegar reduction, sweet, savory, and tangy all in one. 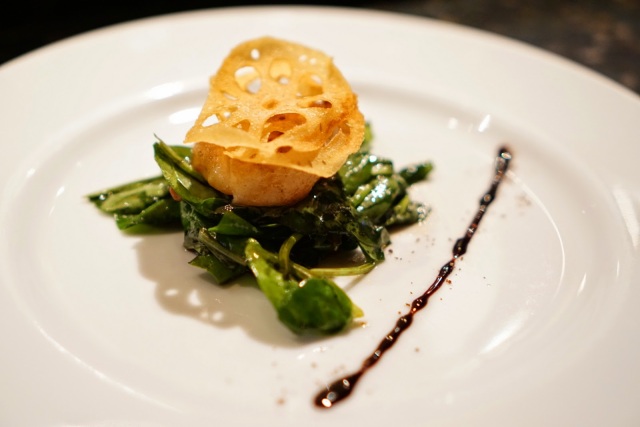 Beautiful presentation.  That candle looking thing is actually a radish thinly sliced and then wrapped around a tea light candle.  Every piece of fish was delicious, fresh, and clean tasting.  Top notch.

Nicely fried to a crisp.

This was probably my least favorite of the hot dishes.  When cooked, these fish were fishier than I liked.  The ponzu dipping sauce was pretty tasty though. 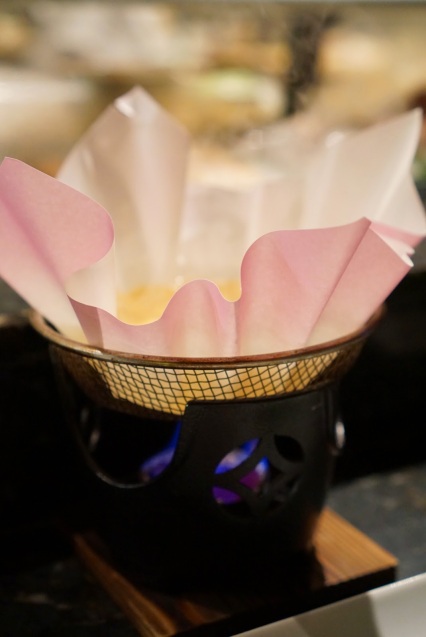 Halibut truffle salt
On to the sushi!  You can almost never go wrong with truffle.  Truffle salt is no exception.  Wow.

Ughhhhh, LOVE uni.  Look how orange and perfectly whole that piece is! 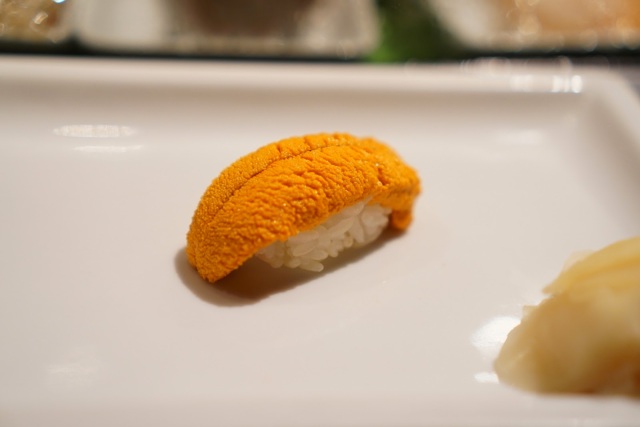 The bit of char and yuzu zest imbued such subtle yet quite remarkable flavor.  As much as I loved it, I prefer Ohshima’s unadulterated version. 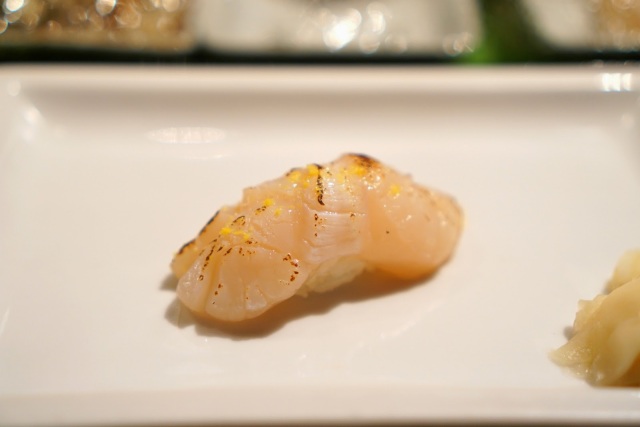 More char.  Really delicious, but I think I prefer the purist’s version.

I had to stop here, but Fishing Zebra Man carried on with the ocean trout that looked very much like salmon.  He gave it 2 thumbs up.

Nice matcha flavor, but too icy.

The price tag at San Shi Go is significantly higher than Ohshima and Nana San, but maybe I’m comparing apples to oranges.  We partook in the everything omakase, which included hot dishes so maybe that drove up the price point?  I would return just to do the sushi omakase, but from the sushi and sashimi I did try, it was definitely on par in terms of quality to Ohshim and Nana San.  Obviously, I like this place enough to return because I came back 2 weeks later with Mama H.o.P. but did the everything omakase again.  The location is a bit out of the way, but it’s worth the drive.  The majority of diners are probably not true sushi connoisseurs, eating mostly rolls and other things doused in sauce.  So I’m pretty glad Pushy & Stubborn steered me here because I would not have given this place the respect it deserves based on it’s location and clientele.
10 – You NEED to eat here
9 – Awesome!
8 – Very good
7 – Good
6 – OK
5 – Average
4 – Not bad
3 – Not good
2 – Terrible
1 – Do NOT go here