Skip to content
We were happy to be back on land after a whole afternoon of boating and sunsets with our borderline creepy, but kind and considerate captain.  Man was it a PAIN to find a cab to get back to our condo.  We were 8 girls flailing our arms on a major highway in the dark but no cab would stop for us.  That was a big fail on my part as the planner, but everyone was a good sport about it.  We didn’t have anything to munch on during the boat tour, so we were preeeeeetty darn hungry by the time dinner rolled around at the early hour of 9pm.  It takes a while for 8 girls to clean up, ok?
Pretzel Bread
We totally destroyed these, which were piping hot, soft and chewy.  I couldn’t really figure out what the sauce was, since it looked like ketchup, but was pretty sweet. 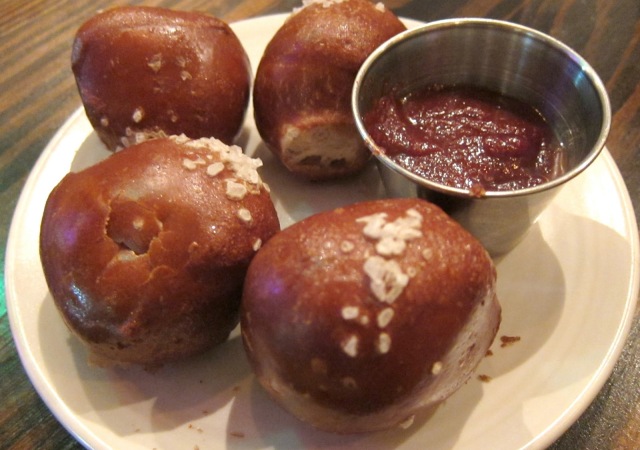 Don’t the beets look all sad and discolored?  They were good but not the best.  The presentation was a bit off putting.

Beijing Style Green Beans chili-bean sauce, sesame
Sadly, this was out of focus, but pretty darn tasting.  When a bean is all wrinkly due to spoilage, I wouldn’t want to be within 10 feet of it.  But when it looks shriveled because it’s been deep fried, I am all over it.  One word, CHINESE. 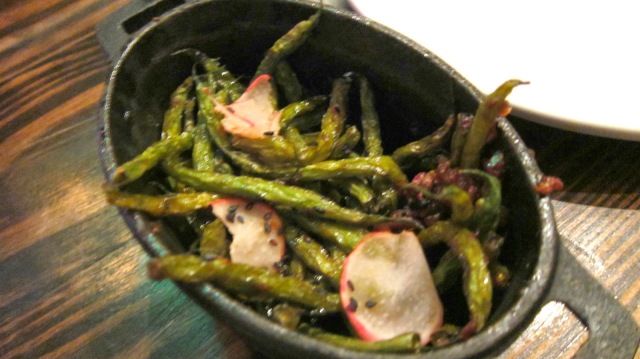 I appreciated the many textures and light flavors here, although the yellow hue might suggest something else.

I think everyone dug the charred caramelized sprouts here.  There were some great varying textures and flavors with the tangy juicy orange slices, the luscious creamy ricotta, the crunchy pistachios.  They all worked somehow.

This isn’t the first time a big steaming boat of mussels swimming in deliciously flavorful broth was served without a spoon.  Then again, how do you take a big slurp out of a communal bowl?  It’s hard to mess up steamed mussels.

I shared this dish with Little Token Bear.  Aside from the pine nut gremolata, the dish was a hearty meaty pasta dish.  Unfortunately the nuttiness became a bit tiresome, bordering on overwhelming.  I’ve never had a pasta dish where nuts were so prominent.

This was the other dish we shared.  The scallops were nicely caramelized, but a touch salty.

Care Bear ordered this.  I think she liked it. 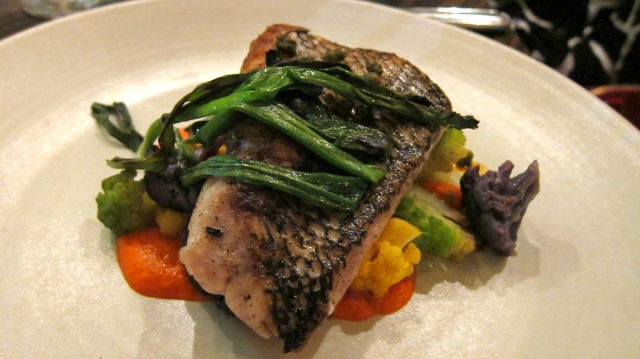 While in Miami, you have to try key lime pie right??  I think we were thinking more pie than a deconstructed food art.  The flavors were good, but it just didn’t make a home run with us.  I think we were craving something more substantial. 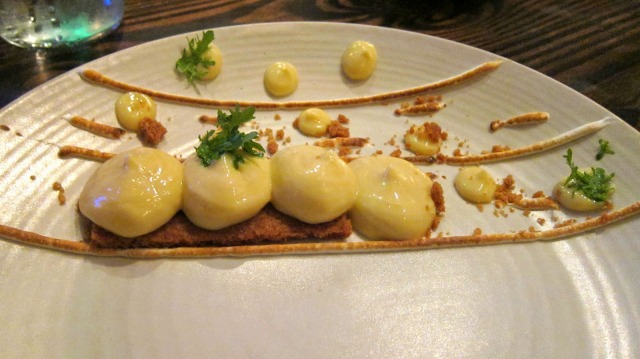 Surprisingly, this was the dessert that really got everyone going “ooooo” and “mmmm.”  It was another deconstructed mish mosh of things, but it somehow all worked well together.

By the time we arrived at Tongue & Cheek, we were about ready to eat our own arms.  So maybe we would have loved anything, but I do believe Tongue & Cheek served up some quality New American.  The place ain’t cheap.  It was as expensive as our dinner at Ola the previous night, which was supposed to be our “fancy” dinner for the weekend.  Also, the waitress made a mistake and forgot to charge us for the bottle of wine, so the meal was supposed to be even pricier!  In any case, the place is pretty solid, but it doesn’t beat Yardbird Southern Table.