Almost all the Chicago restaurants I tried were recommended to me by various friends and family.  Del Seoul was a place I found on Yelp.  It looked pretty delicious and reminiscent of Kogi.  It was a bit far from our hotel but we cabbed it pretty easily.  Seriously, we spent so much in cab fare in the short 5 days we were in Chicago.  Buff Bear and Mega Man joined us once again for a casual lunch at this order-and-take-a-number type of joint. 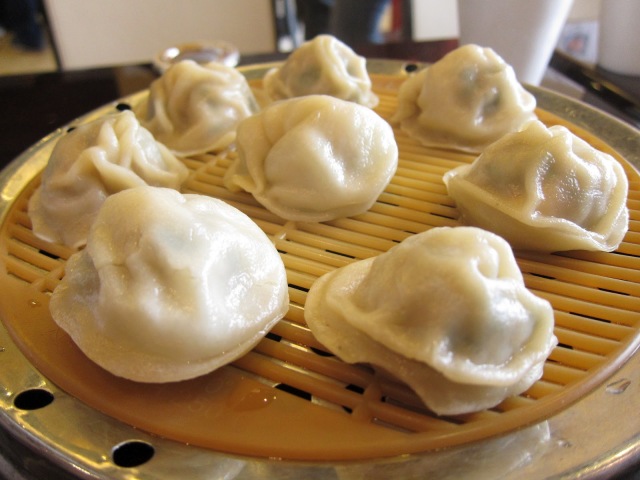 Buff Bear was a big fan of these. While they were pretty tasty, they were kind of a gut buster.  Surprisingly, the cheese and kimchi went together and wasn’t too overwhelming.  I could have skipped them though. 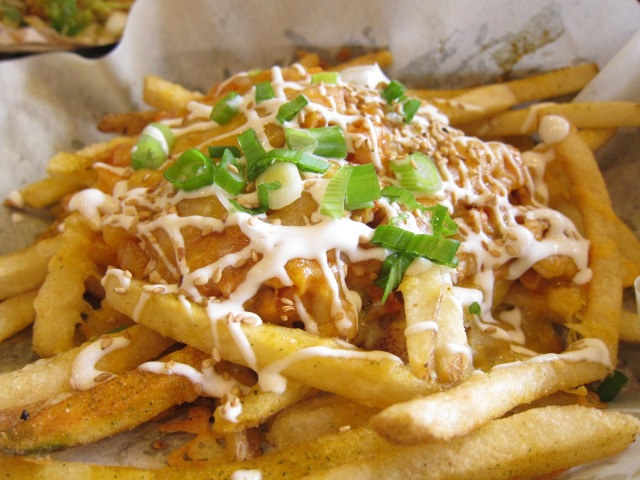 Dumpling Man wanted to try this variation, but it was not as exciting as the tacos.  It just tasted like a Vietnamese sandwich with Korean meat. 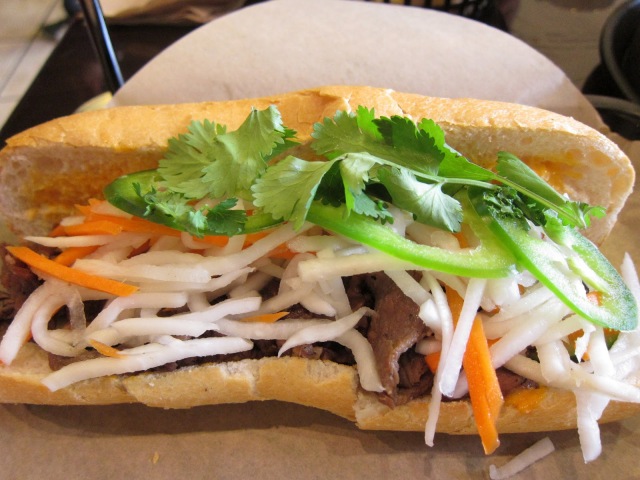 The tacos here really rival the Kogi versions back in LA.  The meat is deliciously seasoned and the shredded lettuce/cabbage has a good balance of sweet, tang, and spice.  Del Seoul has an edge over Kogi with the sesame chili shrimp taco which is their most popular taco.  It was also Dumpling Man’s favorite too, and that’s saying something considering he doesn’t love shrimp like I do. 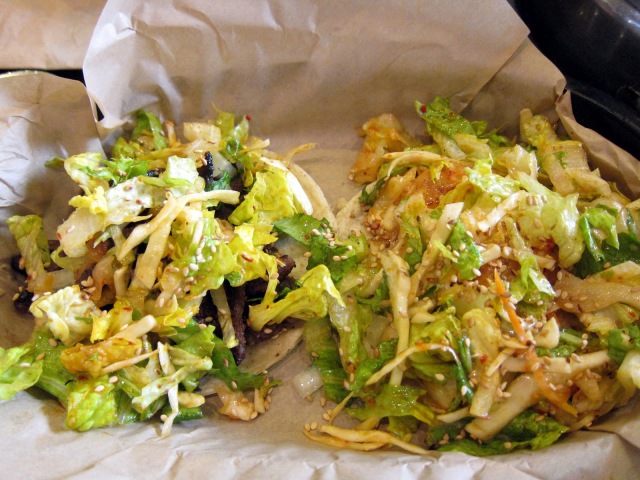 I’d stick to the tacos at Del Seoul.  Everything else is just filler and detracts from the true star of the show.  I think I could actually do 3 tacos to myself next time, no dumplings, maybe some fries just to mix things up a bit.  If only Portland could do Korean tacos right like they do in LA and Chicago.  Koi Fusion is just terrible.