I meet up with Big Willie for the first time in a long time.  It’s amazing how you can live just minutes away from someone and still never see them.  We go way back, back to the days when were wild and free.  Now were just a pair of old tame retired senior citizens, retreating to our respective niches in life.  Me? Obviously it’s with food.  For him, its anything that involves a paddle and water.

Big Willie suggested Nanbankan, which used to be a very frequent haunt of his.  It was nice to not have to think about or look up places to eat.  Sometimes it’s just a more relaxing experience when you’re just told when and where to be.  It’s even better when the place is supposed to be good, so you don’t expect disappointment from wasted stomach real estate.

Nanbankan serves up your standard yakitori fare.  I’m slowly expanding my horizons when it comes to this genre of Japanese food and find that Nanbankan is far superior to Honda-Ya in Downtown.  The vibe is certainly different, being a little more posh, modern, and quiet.  Honda-Ya is better for big groups of friends and late night eating and drinking.

These were great to munch on before the real food came.  It was also nice as a palate cleanser in between dishes.

Of course I was dipping the veggies in this wonderful miso sauce.  It was sharply salty, but soothingly sweet at the same time. 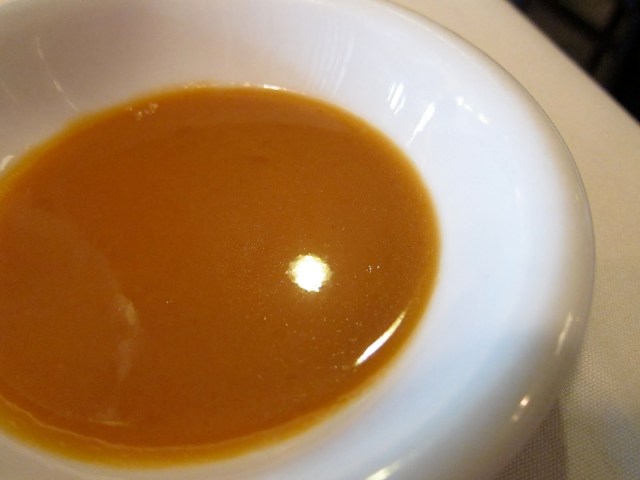 The asparagus had the right amount of crunch and tenderness.  The bacon added some good smokey salt.

It was tender and juicy and charred well.

Unfortunately I can’t remember what the meat dish was, but it was tasty.  Now I know why Tom Colicchio HATES okra.  It’s just so darn slimy!   I wouldn’t go so far as to say that I hate it, but it definitely leaves a weird feeling in your mouth.  They were grilled quite nicely though.

These were pretty big and filling.  One was filled with salmon the other was plain I think.  Both had that crispy rice exterior and were sticky and chewy inside. 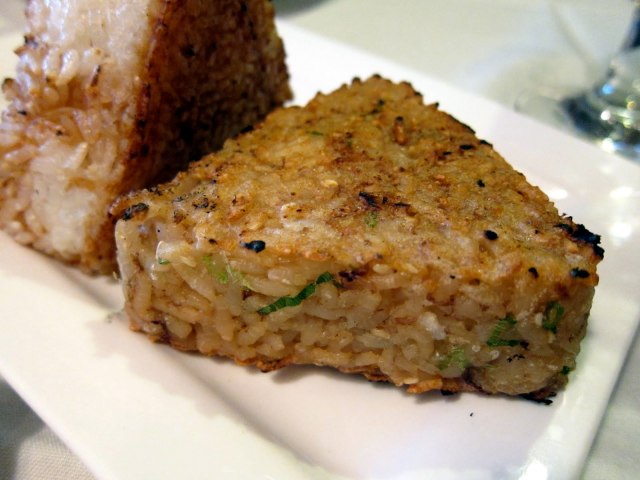 Big Willie allowed me to order this although he said his experience with chicken meatballs has been sorta whatever.  Being meatballs, I had to have them.  There were pretty moist inside but weren’t as flavorful as I had hoped. 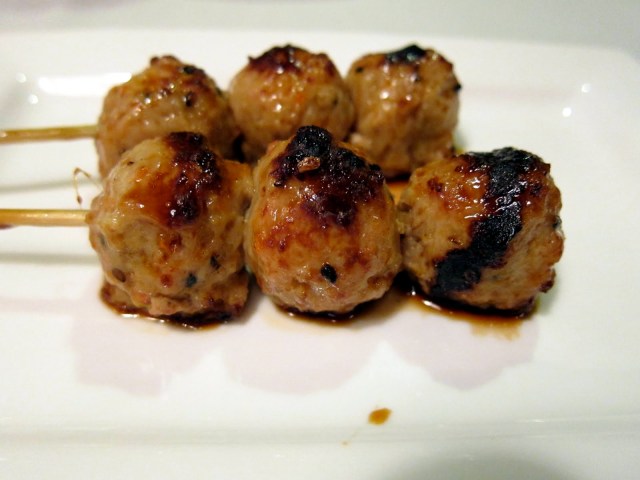 I would normal not order this on my own, feeling too guilty from such an indulgence. But Big Willie wanted to try it, so who am I to deny anyone of their wants?  It was pretty crispy but had this strong chicken smell to it, which was slightly offputting. 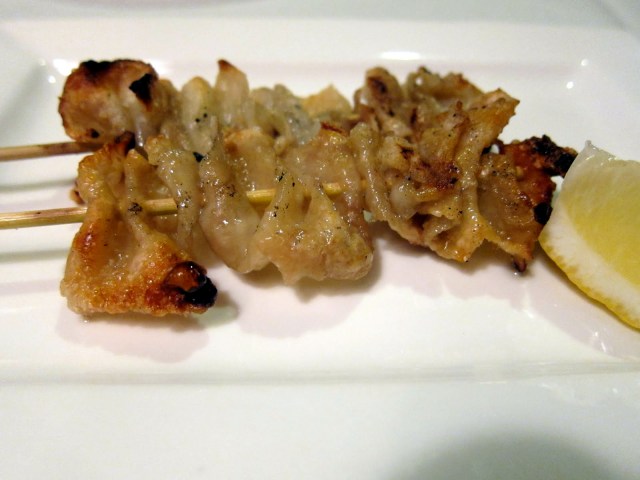 One of the more disappointing preparations I’ve had.  It was just so tasteless.

Collar is one of the most prized pieces of the fish.  I’ve had some amazing collar on prior occasions, but this doesn’t quite fall into that category.  The part I had was on the drier flakier side.  I eventually found the more moist juicy part but I just wasn’t too impressed with the flavoring. 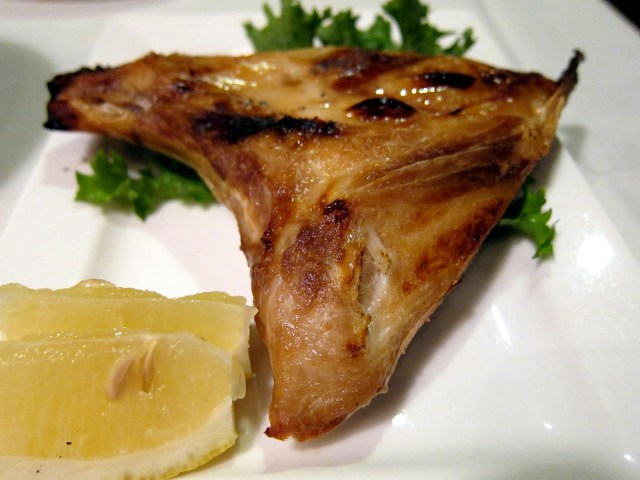 I rather enjoyed myself at Nanbankan, mostly because it was a surprise to come across a good little find in an area that I frequent quite often.  I’m no expert on yakitori, but this was pretty good to me.  They have a very large menu but we stuck mostly to the grilled items.  This would be a very nice date place since the place is clean and quiet.  In fact, the couple at the table next to us was on a “first date” according to Big Willie who was eavesdropping on their conversation prior to my arrival.  Beware of creepers like Big Willie who will so easily invade your privacy on your most intimate moments!