I often don’t get too many opportunities to try small portioned foods such as izakaya, yakitori, or tapas (somehow dim sum does not fall under this category) because Dumpling Man likes his food in large sizable quantities.  My sister on the other hand, Triple F (for Food, Fun, and Frivolity),  not to be confused with my sister-in-law, Triple T, loves small portioned little eats.   So we went to Musha, a very popular izakaya/fusion type place in Santa Monica.  I overslept and almost didn’t go to meet my family, but I am glad I did.  This place was fantastic!

As sisters, Triple F and I naturally share a love for many things, Tea Station Green Milk Tea, anything shrimp, men who are poor communicators, and spicy tuna!  We both agreed this dish was Mmm Mmm Good!  For once, spicy tuna was NOT served on some stinking “cruchy” rice ball, like at Katsu-Ya and many other Japanese fusion joints.  This was like eat chips and dip, but like 100x better! 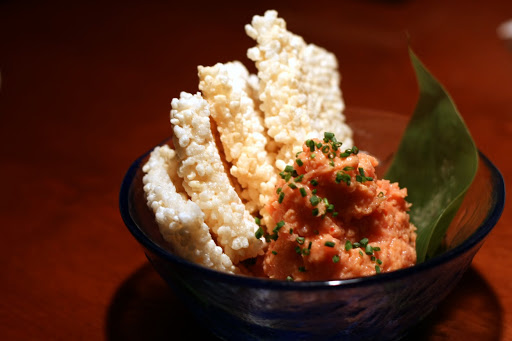 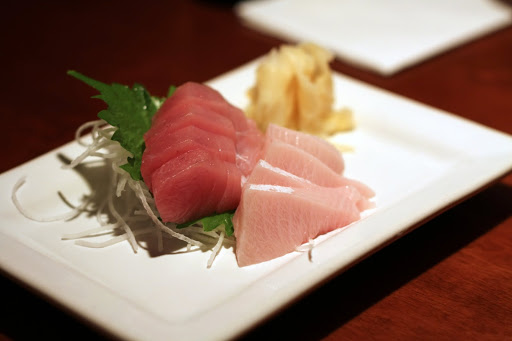 Because of intermittent GI upset and the dietary stigma associated with fried foods, I tend to avoid them.  Triple F does not have these same barriers.  Karaage chicken?  Fried Calamari?  Chicken McNuggets?  Tater tots?  She is ALL over it, but then she runs like 1000 miles a day or something ridiculous and her gallbladder is apparently less temperamental than mine.   The salad component to this dish wasn’t so special, I could probably make it at home.  The chicken was the star of the show!  Well seasoned, cripsy on the outside, tender and moist on the inside. 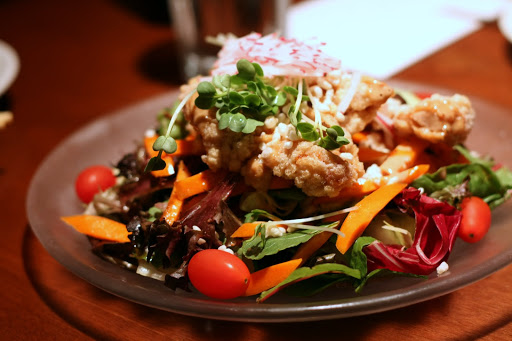 These peaked everyone’s curiosity when they arrived at the table because they looked just like chicken nuggets.  The texture was sorta strange, like tofu that was trying to be like the overprocessed chicken in nuggets.  You could still tell it was probably tofu.  It was interesting and flavorful.  My brother wanted a 20 piece order! 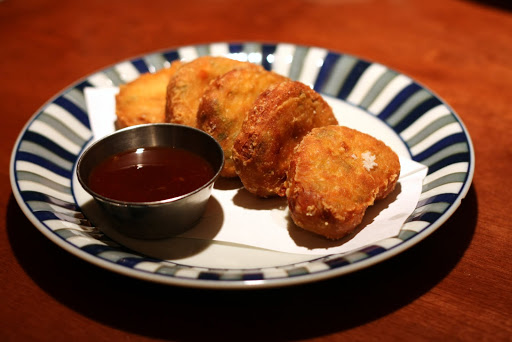 Touted as another “special/recommended” dish for the night, we were all excited to try the dish.  Expectations fell flat as we all realized the odd texture to this dish. 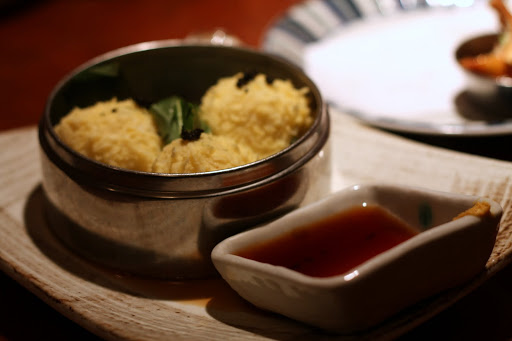 I’m not much a fun of okinomoyaki or takoyama, mostly because I find the sauces or the fishiness of the bonito flakes too overpowering.  So as a result, I just found this dish OK. 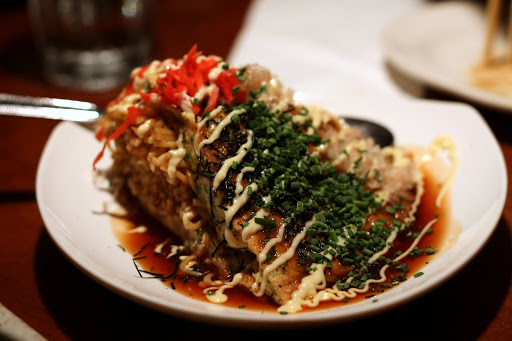 You can never go wrong with fatty, fork tender, stewed meats.  Granted it was nothing new or spectacular, it was still solid.  I wish I could have scooped some rice on top and mixed all the goodness together. 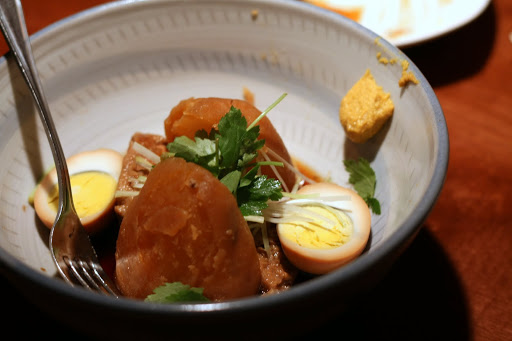 This was interesting interpretation on an Italian classic of linguine and clams.  Instead of linguine, fresh udon noodles were used.  Instead of white wine, sake was used.  Instead of topping the dish with cheese, bits of seaweed were used.  I found the noodles to be unctuous as they seemed to absorb the sauce better than a linguine would.   The clams were plentiful, tender, but still with the nice chew of a good clam.  I highly recommend this dish. 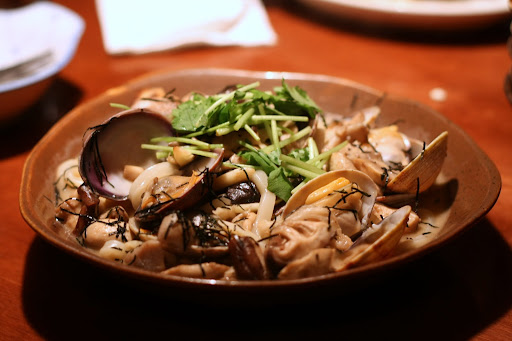 I was quite intrigued when they came to the table with a giant hollowed out cheese block.  They then proceeded to spoon out the already prepared risotto into this cheese “bowl.”  As they mixed the risotto in the cheese block, they simultaneously carved out the cheese, to be incorporated into the dish.  It was such a clever and flavorful dish.  I will add that the risotto really wasn’t as cheesy as one would think considering the preparation.  It was actually more creamy than anything, but not the point of inedibility.  It was an enjoyable dish, marked by subtle smoky saltiness of the prosciutto.  I think the dish would have been more standard if they used normal arborio rice as opposed to that healthy brown grain stuff. 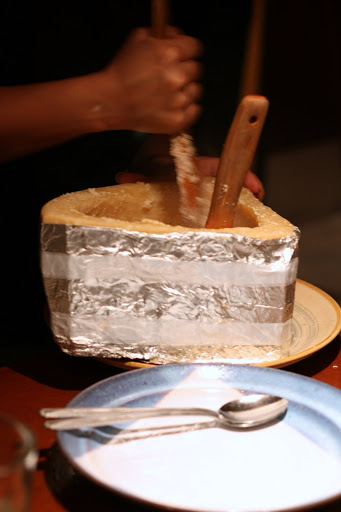 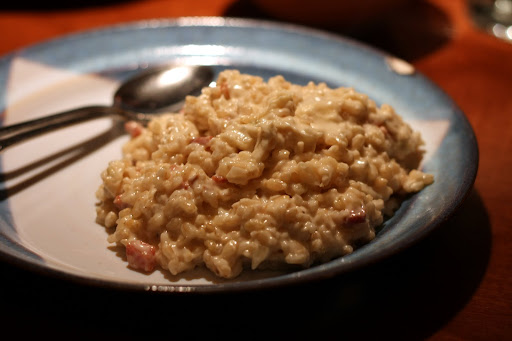 Everyone was quite full by the end of the meal, but we wanted to end on a sweet note so we shared a creme brulee for the table.  It was nice because they brulee’d tableside!  It was a pretty standard dessert, no bells and whistles here. 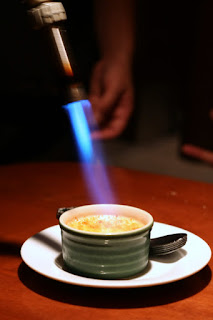 I really liked this Westside find.  I highly recommend it to anyone who likes Japanese izakaya food.  There’s also a location in Torrance, which I think is the original one.  If you’re lucky you’ll get to sit in the back rooms like we did, sans shoes!  It’s very intimate and private.   It’s a good size menu, and I’m looking forward to trying different things the next time I come back.

**Pictures courtesy of Running Man and his SLR**