After a long day of doing absolutely nothing at the hotel (ie: gym time, pool time, beach time, jet skiing, massages…torturous I know!) we figured it was time to get out and headed 45min south toward the tip of Phuket Island to Promthep Cape to check out the beautiful sunset.  The long hot muggy ride felt longer than it actually was, since it was NOT in the luxury of an air conditioned taxi van, but rather an oversized tuk tuk like this 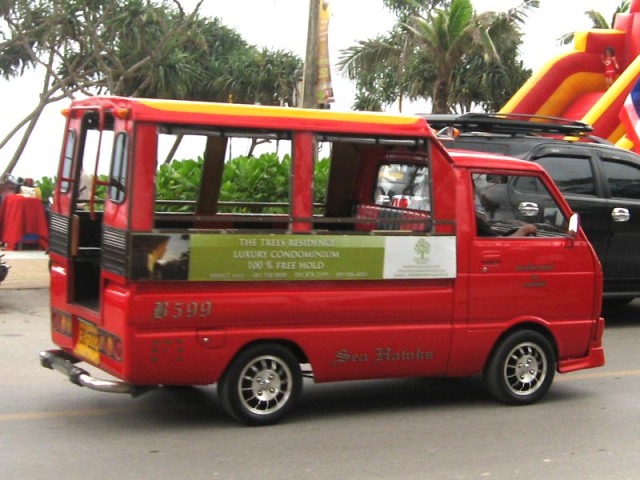 Unfortunately, this time of year is rainy/monsoon season in Thailand so that day was particularly cloud and not good for trying to watch the sunset.  We made the most of it and stopped by a restaurant nearby.  Our tuk tuk driver wanted to take us some place else but we were distrustful of his intentions, however this restaurant ended up being my least favorite of the trip, so maybe we should have taken him up on his recommendation.

Not so plentiful on the shrimp, but good nonetheless. 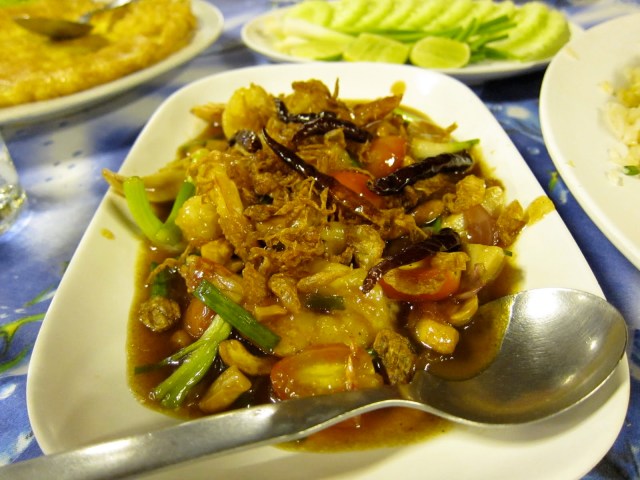 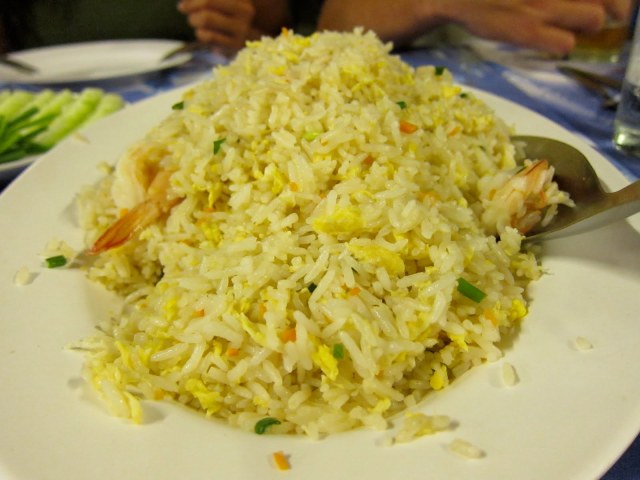 Yay for more morning glory.  We ate this with every meal, and I for one, NEVER got sick of it. 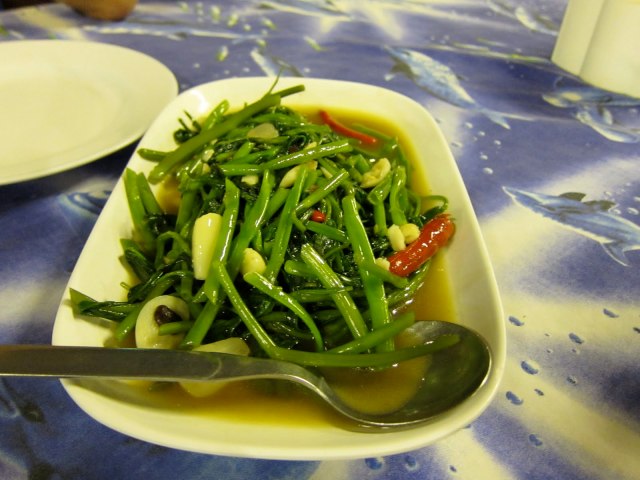 I think the best Asian style omelettes are the ones fried in a whole lot of oil.   This one could have been more rich, if ya know what I mean. 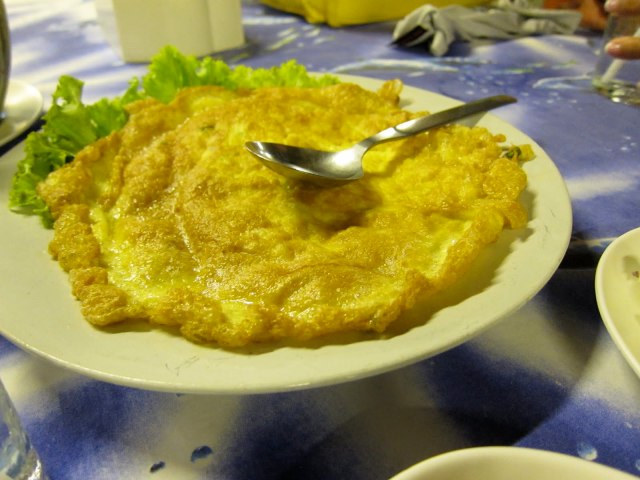 They look like donuts!  They were not what I was imagining, but they were crunchy and really juicy inside. 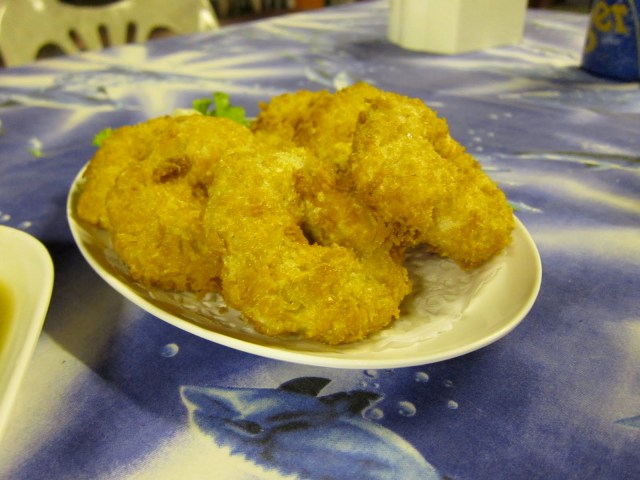 I never found any really great noodles while in Thailand.  The pad thai lacked any strong sour sweetness from tamarind like I expect and the pad se ew was underwhelming. 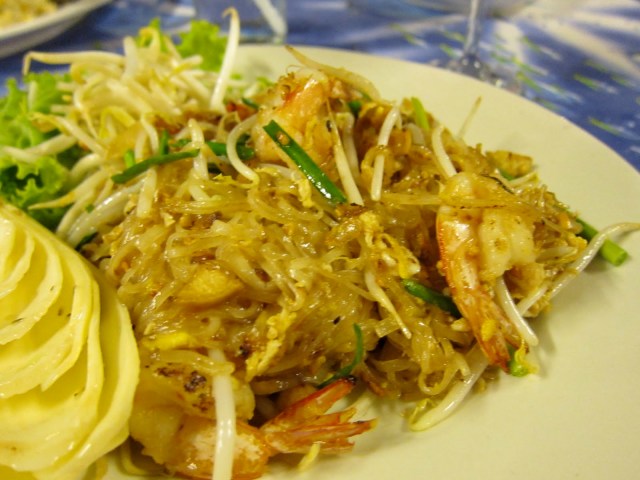 I liked the use of tangy mango julienned and tossed with crispy fried squid.  This salad was particularly spicy. 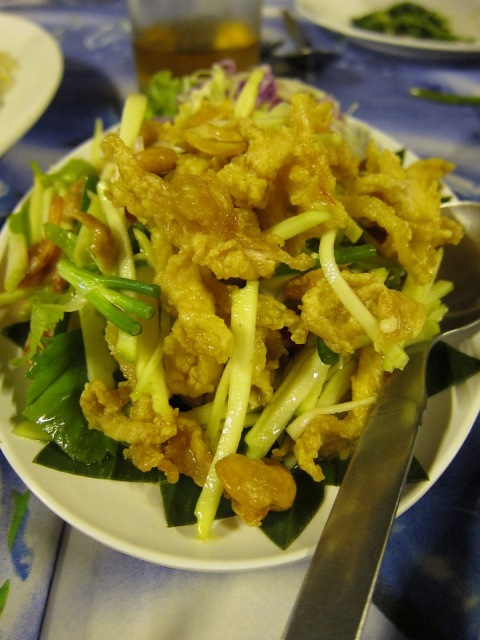 The salad was riddled with little slices of chilies and was incredibly spicy. 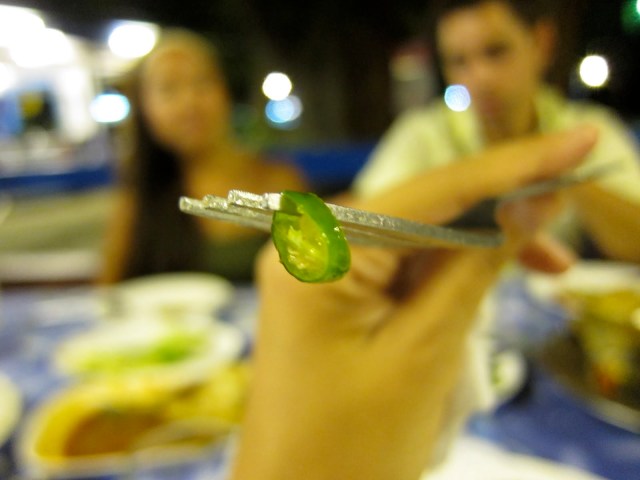 Another really spicy dish.  The fish was moist and the seasoning was odd because it seemed to just be slathered on top and pretty paste like.  It was good mix of heat, spice, and savoriness. 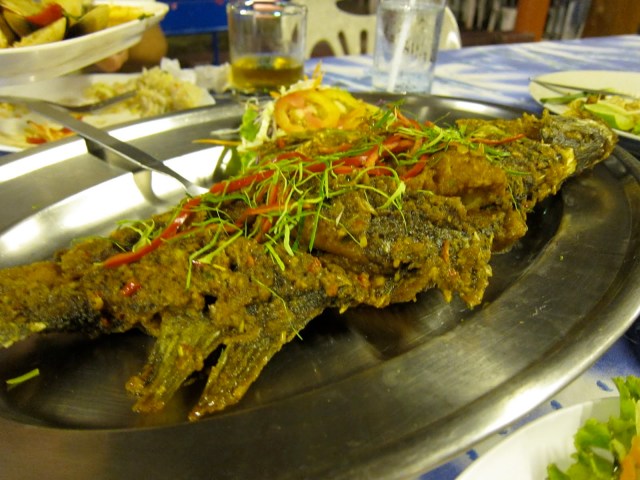 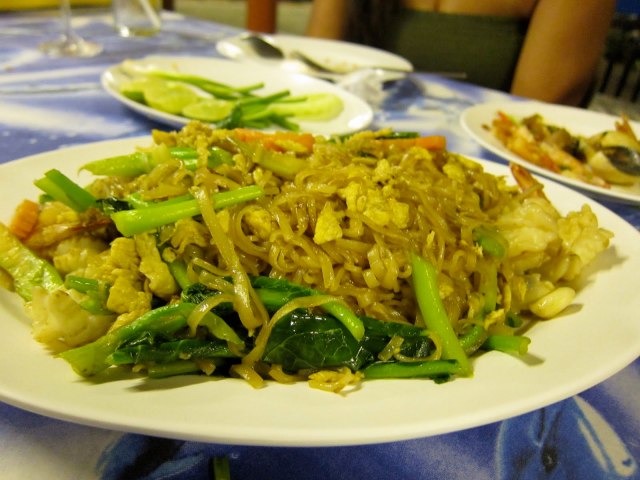 I probably wouldn’t go back or recommend Baan Hat Rawai.  Maybe it could have been better if we ordered the market price items since those things would obviously be FRESH.   There were many other restaurants to try but it was difficult to find one that was close to Promthep Cape.  Things are just a lot farther than I had imagined in Phuket and the “taxi” drivers just charge whatever they want.  So we tried to be mindful of distance, time, and taxi than eating the best of the best.  Sometimes the best of the best just ain’t very practical.