So I used to be a big fan of Palms Thai. Between Elvis, the hours, the plentitude of seating, and the delicious food, how could you ask for more?! Plus, a thai friend in med school gave Palms here seal of genuine Thai approval. When someone with 5 syllables in their last name says a Thai restaurant is good, I believe ’em! But recently a friend recommended RCA also known as Red Corner Asia. Keep in mind this friend is white. But hey, I keep an open mind. The reviews on yelp also supported this =).

So I love Thai salads. I just love their fishy, sweet, sour, spicy dressing. I’m becoming a fan of Thai papaya salad. Vietnamese eat green/raw papaya as a savory salad too. Pictured below is their Papaya Salad with Dried Shrimp (Som Tum Thai) minus the dried shrimp cuz Dumpling Man does not like dried shrimp. It’s delicious! But pretty spicy! 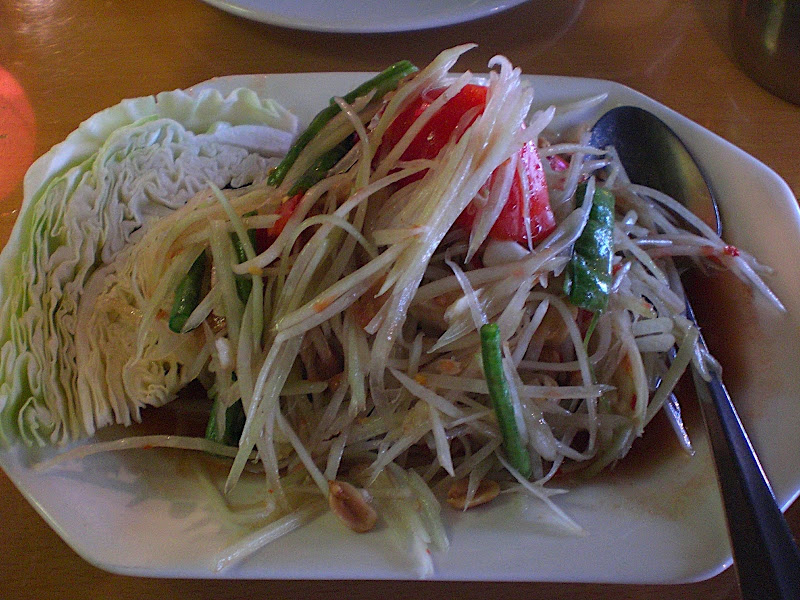 Then there were some fried shrimp balls. Just fried. Shrimpy. Nothing special. 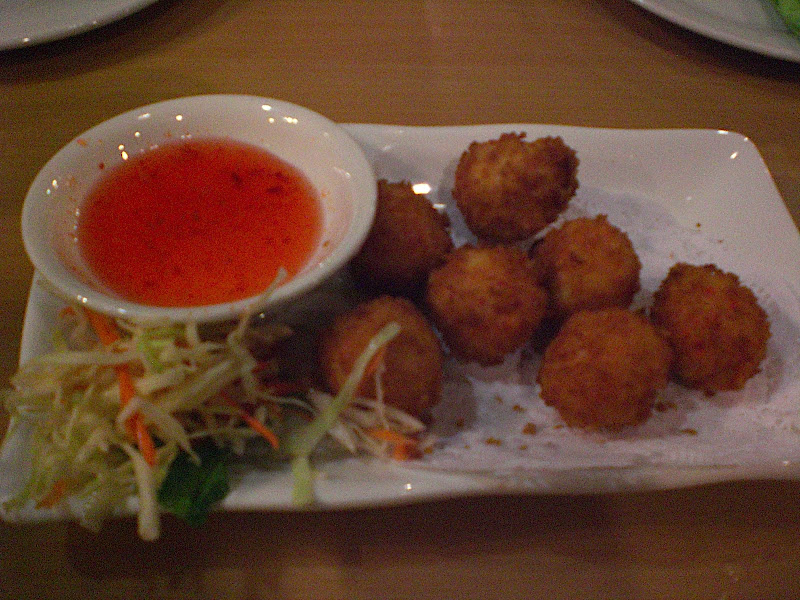 The pad see ew is delicious. Can’t find a bad pad see ew in Thai Town. Not too sweet or fishey. 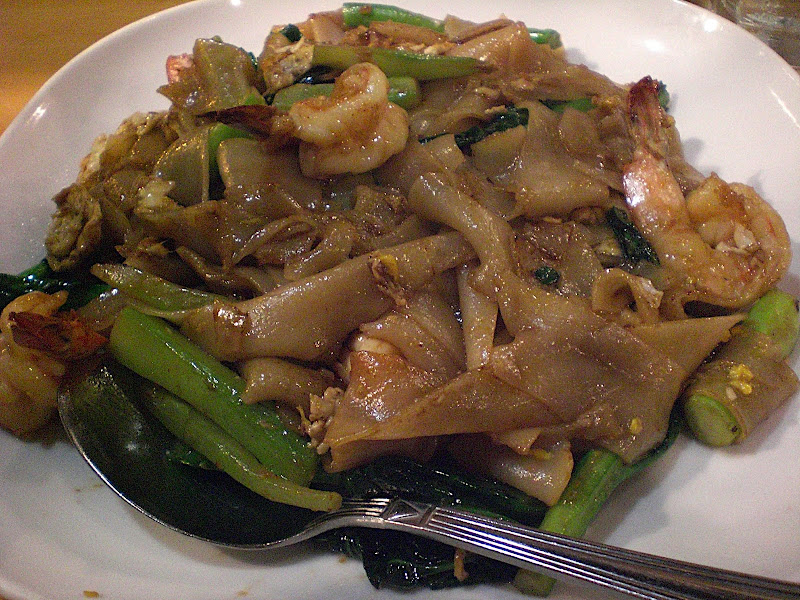 This is either yellow chicken curry or duck curry. I can’t remember. Either way, I’d say the curries here are slightly weak. They’re a little more bland. The duck is very fatty but its most delicious. 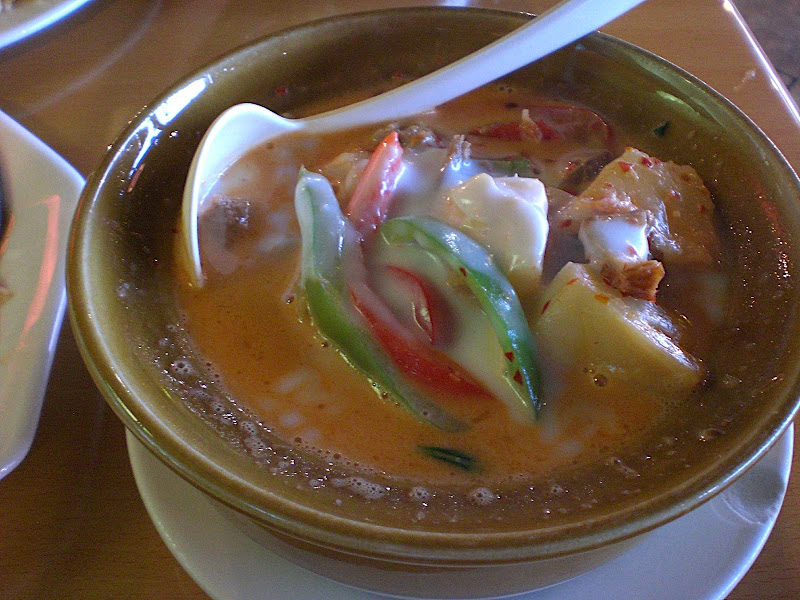 I forget what this next one was called, but it’s basically stir-fried glass noodles, eggs, veggies, and shrimp. Good stuff but I’d doubt I’d order it again, wasn’t really that special. Definitely good if you like glass noodles. 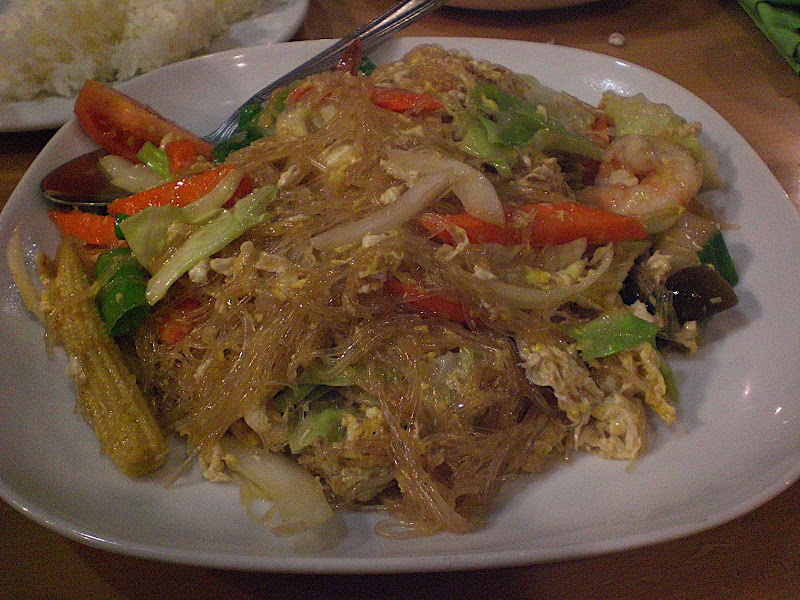 Their Pad Thai is surprisingly not very red or orange like most pad thais i’ve eaten. It still had that sweet/sour/tangy taste which I enjoy. I’m not the biggest fan of a hunk of egg in my pad thai, but its solid nonetheless. 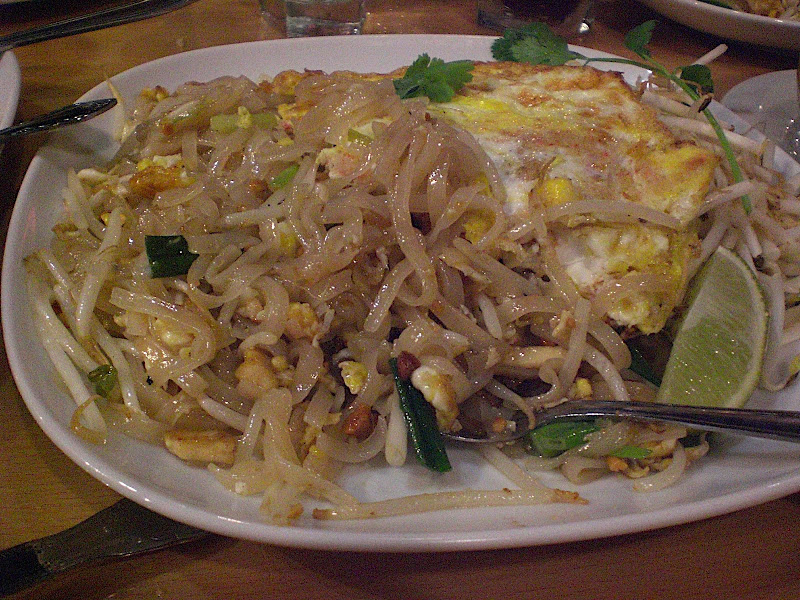 This is one of my favorite dishes at Thai restaurants. Unfortunately at the more Americanized Thai places, the ones I get takeout from on the Westside don’t have this vegetable. I grew up eating it at home. It’s some sort of spinach but I guess it’s called “morning glory.” Vietnamese just stir-fry with a bit of garlic and season with fish sauce. Thai ppl do the same, but tons more garlic, fish sauce, and I think bean paste cuz theres hunks of what looks like fermented beans in there. All of it makes a very punched up version of a vegetable dish I liked growing up. 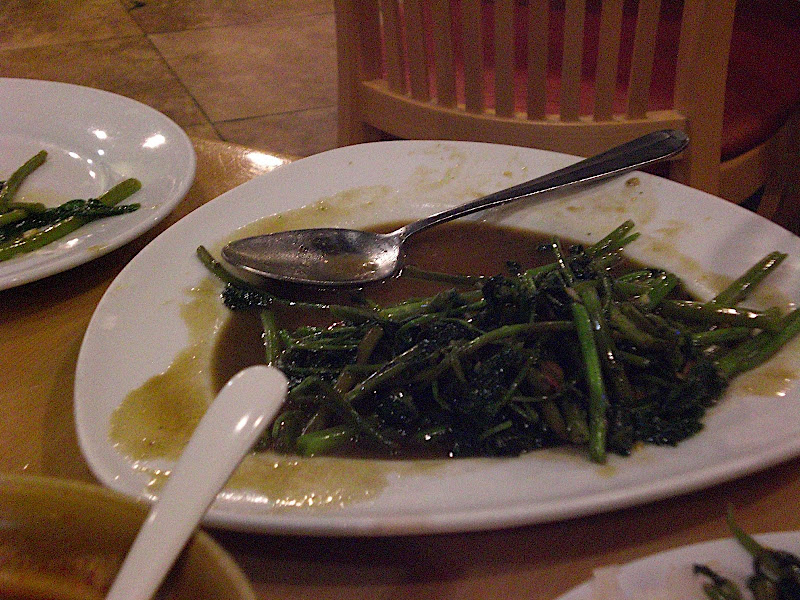 I love red corner asia. Definitely my go to place for Thai food in Thai town. Too bad its so darn farn. Altho from the bev center it probably takes 20 min on a weekday. So not horrible, but mentally it seems further. Anyways, you should go check it out. Give me a call cuz I’d like to go too =)