Skip to content
I’ve heard of Larchmont Bungalow’s famous red velvet pancakes for many moons now.  Hobag and I were not too hungover from our Italian, donut, and wine fiesta the previous night to indulge a little something sweet to get our day started.  The place itself has a casual cafe vibe with sidewalk seating, an outside patio, and indoor tables.  You order at the front and get a buzz when your food is ready.  The place was busy enough for a random weekday brunch, but that’s just standard for the LA scene with its plethora of Hollywood types trying to make it.

Chinese Chicken Salad grilled chicken, radicchio, napa cabbage, sesame dressing, wonton chips
We knew right away we wanted the red velvet pancakes, but we hummed and hawed about our other choices.  I guess it’s no surprise the rest of our order was just your average lunch food.  Nothing bad, but nothing great. 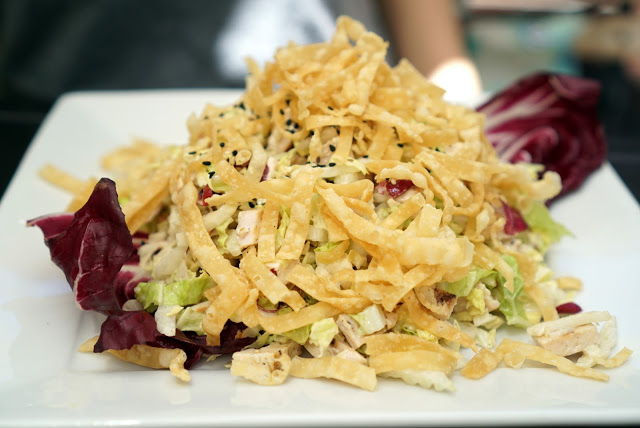 I probably could have made a better version of this at my house. 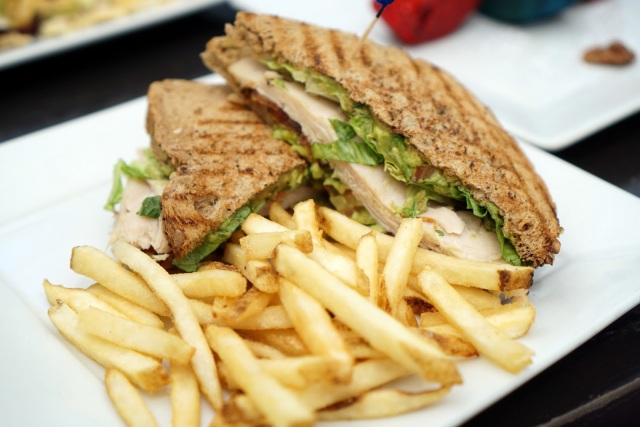 Now this is something worth coming here for.  I’m not sure why these are considered pancakes because they taste more like cakes or cupcakes.  They were extremely moist and had a slightly crisp exterior.  I suspect these things must be baked in round moulds which allow the exteriors to crisp up a bit.  They are only lightly filled with sweetened cream cheese.  Frankly, the red and blue taste the same and it’s probably just food coloring.  Overall, these were pretty spectacular. 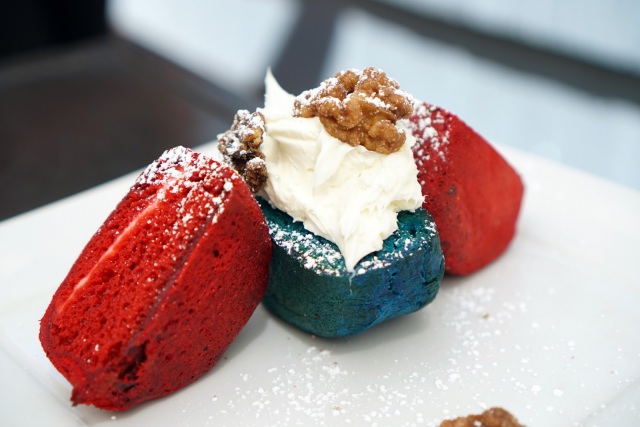 Larchmont Bungalow is a nice little spot to relax and catch up with some old friends over a cup of coffee or a plate of red & blue velvet “pancakes.”  The random sampling we had of their lunch food was pretty meh and I would not recommend it based solely on those dishes.  However, I would be willing to come back and give it a second shot, if not just to have those “pancakes” again.
10 – You NEED to eat here
9 – Awesome!
8 – Very good (based on the pancakes)
7 – Good
6 – OK
5 – Average (based on the other food)
4 – Not bad
3 – Not good
2 – Terrible
1 – Do NOT go here