Skip to content
Lo-MaLinda loves gastropub fare.  I like it, but find that it can be a little too heavy at times.  For our Vegas trip, she requested 3 things: foie, French, and gastropub.  It was a little frustrating trying to meet her request because who wants to eat all that in a short weekend trip?  Being the self designated food navigator, I basically made the executive decision to ax the French food.  I found this new restaurant at The Venetian, which had a pretty solid gastropub offering and foie!  Can’t Hang and Rock Dweller didn’t dive into the food the way Lo-MaLinda and Big Head Talks Alot did, but not everyone digs eating what is essentially fancy fat ie foie and bone marrow.  Can’t Hang states the force feeding of ducks to produce foie does not jive with moral code.  What a hippy dippy tree hugger huh?  The restaurant was almost empty at noon on Friday.  The dearth of patrons made it easier to concentrate on the decor.  The design was going for that rustic look, but still felt relevant and slightly hipster-ish.The men and women’s bathrooms 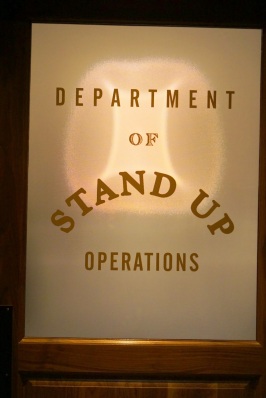 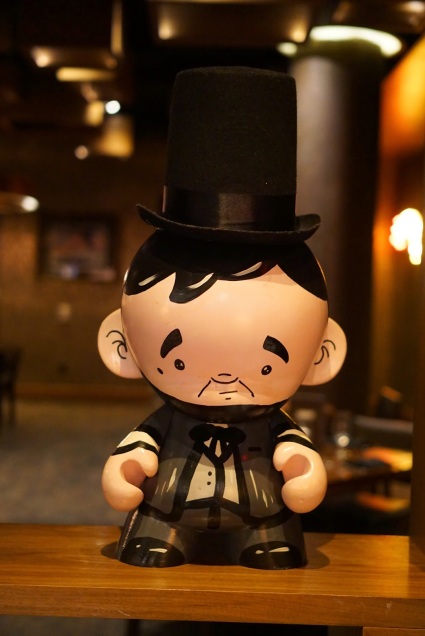 Roasted Bone Marrow bacon marmalade, grilled bread
I was a bit skeptical of the bone marrow since it didn’t look roasted enough, but it was probably one of the tastier ones I’ve had.  The bacon marmalade was pretty money.  Rock Dweller tried it and didn’t hate it I think. 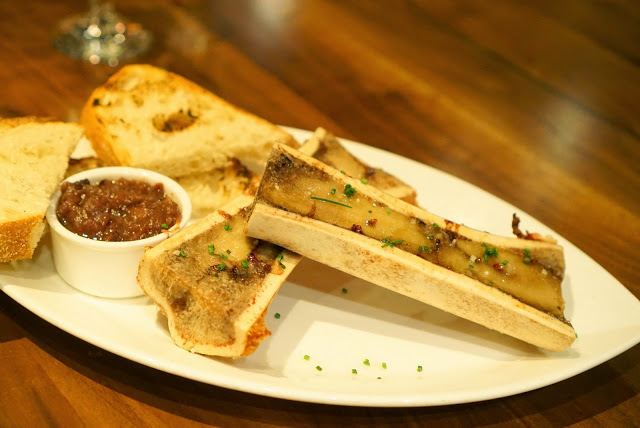 Tasty but nothing particularly mind blowing. 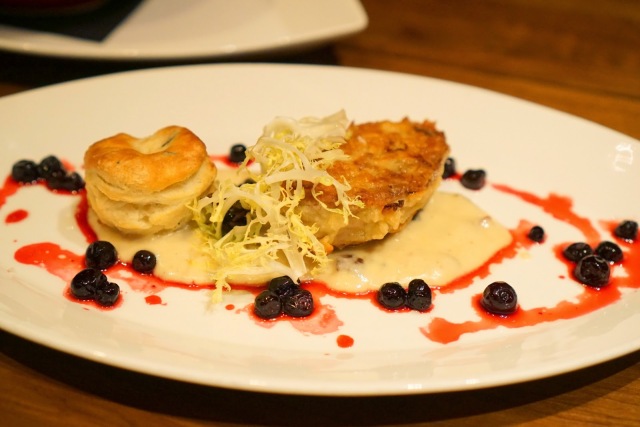 Duck Bolognese semolina tagliatelle, parmesan, crispy bread crumbs
The pasta was a bit too al dente for me, but its hard to go wrong with bolognese.

Lobster Roll toasted brioche, butter lettuce, herbed cole slaw
A lot of us reminisced about the lobster roll at Slap Fish.  The lobster was significantly better being more claw but I didn’t like the bread part as much like at Slap Fish.  I enjoyed the slaw quite a bit.  It might be too tart from some people but I prefer that over creamy mayo coleslaws.

Baby Iceberg bacon lardons, cherry tomato, green onion, hard boiled egg, bleu cheese buttermilk dressing
I split the lobster roll and this salad with The Gunner, who for the time being will be renamed Decidedly Undecided.  It wasn’t the most interesting salad to be had, but it was pretty much just as advertised.

I missed out on the burger Big Head Talks Alot split with Lo-MaLinda.  I had a taste of it, and it was pretty solid.  The roasted tomato was pretty memorable.
Public House turned out to be a solid first meal in Vegas.  We were pretty stuffed sharing all the small plates and then having some individual entrees.  It’s a good thing we didn’t order anything from the Butcher’s Block ie charcuterie, but the waitress was wise to quell the fat girl that lives inside me.  A lot of times, it’s probably unlikely I’ll return to a restaurant.  Not because the restaurant isn’t good, but because there’s always some new place to try.  So I usually want to order and try everything while I can.  If you’re in the mood for solid American/gastropub fare then Public House is your joint.
10 – You NEED to eat here
9 – Awesome!
8 – Very good
7 – Good
6 – OK
5 – Average
4 – Not bad
3 – Not good
2 – Terrible