Skip to content
Andy Ricker’s fame has spread beyond the confines of grey-ass, gloomy-ass Portland.  Who would have ever thought a white man could create this burgeoning Thai food empire from one of the less Asian influenced cities in this country?  If you won’t take my word for it, believe me when I say even Thai people (Verde and Perpetually Underwhelmed included) love his food and give it their seal of authenticity.  He started off with a window that sold chicken wings, to a restaurant (Pok Pok), bar (Whiskey Soda Lounge), and offshoots in NYC and soon-to-be in LA’s Chinatown.  In the past year or so, Andy Ricker opened up his noodle focused venture, Sen Yai in Portland.  Perpetually Underwhelmed actually seemed unsurprisingly underwhelmed with the place calling it’s dishes “too salty.”  Lucky for me, The Gunner is always game for noodles.
Singapore Curry Laksa Noodles

I had just a bite of this.  Hard to gauge flavor and quality here since I’ve never eaten laksa before.  I would say it was a tad underseasoned, but I think it’s because you’re supposed to go to town on the condiments. 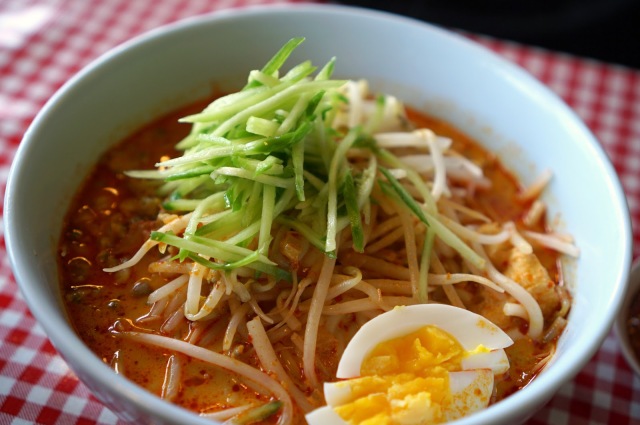 I also do not have a large experience with boat noodles.  I tried it recently in Thai Town at Pa Ord.  Comparatively, the version at Sen Yai is less in your face and certainly less spicy.  Pa Ord’s version was seriously trying to melt my tongue off, definitely with its heat and certainly from its pungency.  While some Yelpers complained about all the vegetables being a distraction, both The Gunner and I appreciated it.  I like a lot of vegetables in most things.  Although, it might have contributed to a more watered down taste. 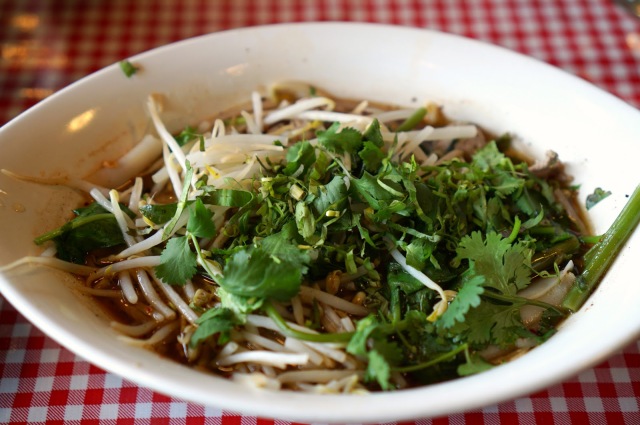 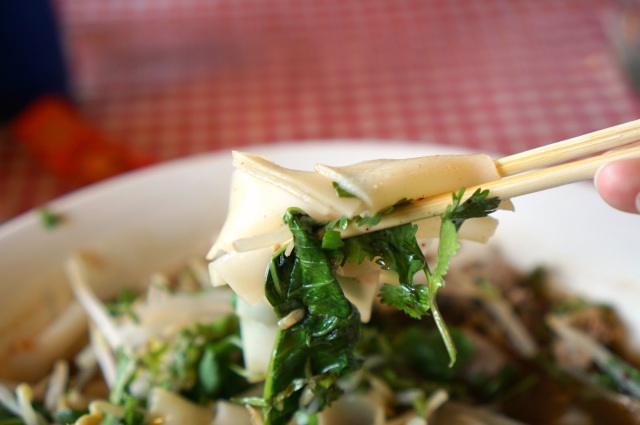 Sen Yai was good enough such that I would be happy to come back with a larger party so I could try more things.  The menu is fairly extensive and isn’t just limited to noodles.  I kind of don’t get why Pok Pok is crazy well rated but Sen Yai struggles to match Pok Pok’s success.  It’s the same guy, slinging the same food!  Yelpers are such a finnicky bunch.  Anyways, I love Thai food, and I’ll keep supporting Mr. Ricker for being quite the pioneer in Thai food in America.