I love that people are constantly trying to innovate in the food world. People coming up with new twists on old ideas.  People mashing up cuisines from different parts of the world.  It’s fun to discover all these new things.  I wouldn’t exactly say these innovators are always so successful.  Sushirrito seems like it would be one of the more creative and delicious ideas.  Imagine giant sushi rolls as big as burritos, and you have Sushirrito. 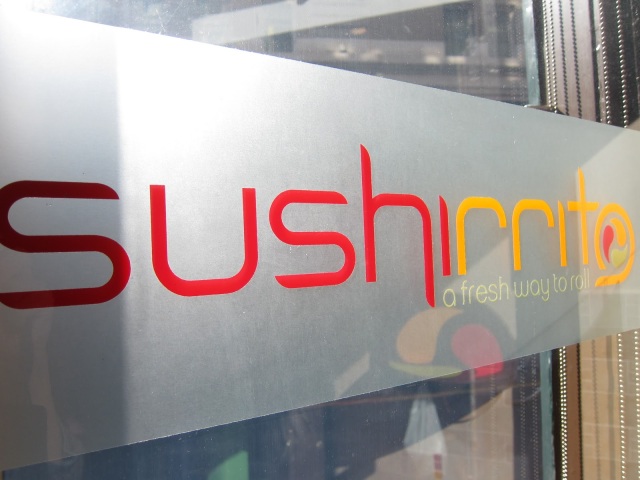 It’s caters to the lunch crowd being located in the financial district of SF.  It’s more of an eat and go or take and go place.  There are no places to sit and eat and only a small area to stand and eat.  It kind of works like chipotle where you order you food and you watch them make it on a line. 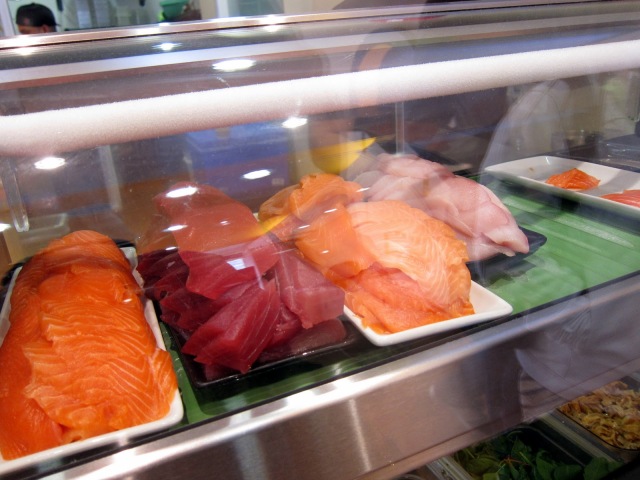 As did the veggies.

After your sushiritto is made, it’s rolled in roe, just like a sushi roll would be.

This was a pretty interesting take on the traditional nacho dish.  Instead of ground taco meat or chicken, there was spicy tuna which was a little on the bland side.  Everything else was the traditional toppings you’d find on the nachos but with a Japanese slant.  Surprisingly the cheese wasn’t weird tasting with the tuna.

The first bite was pretty surprising.  It looks like a burrito, but tastes like a giant sushi roll.  The part I love most about burritos is slathering the darn thing in tangy spicy salsa.  Without that extra added acid, I probably wouldn’t eat most burritos.  I felt the same way about this.  The taste got kind of tiring after a while.  All those veggies and rice needed some acid to balance things it.   I think some ponzu sauce would have been the perfect addition.

All the components were solid, but it just didn’t all come together for the same reason as the previous sushirrito.  I think I liked this one better too because the shrimp and crab were more flavorful proteins than the tuna.

Thumbs up for innovation, but the sushirritos were lacking in balanced flavor.  It had all the necessary fresh components and varying textures but the flavors were one dimensional.  The portions were quite generous and between me and Triple F, we could barely finish 2 sushirritos and the nachos.  And with these being made with fresh seafood, leftovers are less than ideal.  They need a salsa bar, or ponzu sauces to mix things up since most or all of the sauces are creamy based in flavor.