I had some amazing egg tarts in Hong Kong.  Being Portuguese in origin, I couldn’t pass up the opportunity to try egg tarts in the former Portuguese colony of Macau.  I figured this would be my chance to decide, once and for all, which egg tart style reigns supreme: crumbly or flakey?  My research for egg tarts in Macau lead me to Lord Stow’s Bakery and Margaret’s Cafe e Nata.  The latter was conveniently located near the old ruins of St. Paul’s Cathedral and the rest of the old colonial Macau.  The cafe was a bit difficult to find even with Google maps and the big signs, but ask any nearby locals and they will be able to direct you here. 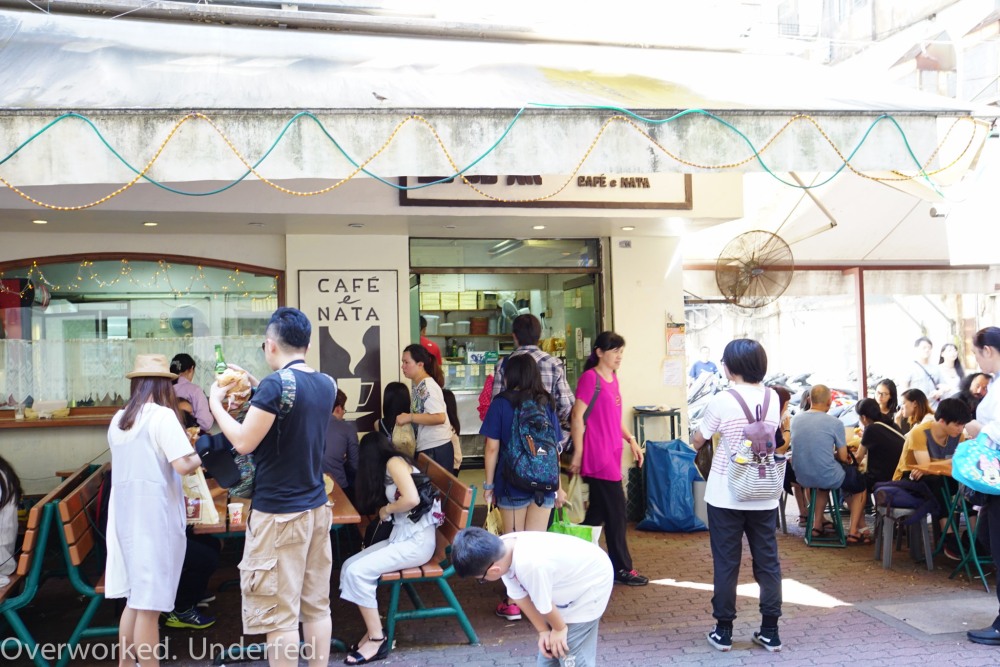 I can’t say there is much left of the Portguese/European influence on the people of Macau.  Workers are still just as rude and abrupt as they are in Hong Kong.  I was rudely shooed away from taking pictures inside the janky little cafe, but came back to quickly snap some anyways. 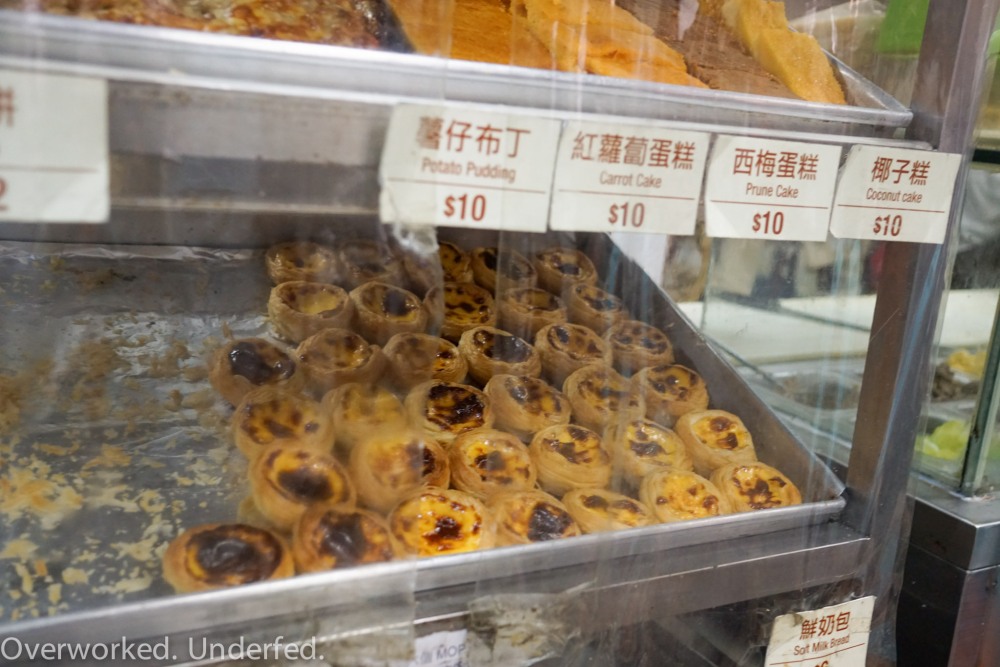 In the middle of the afternoon, the cafe tables were crowded with patrons.  The turnover here is obviously pretty fast.  As a result, the egg tarts are piping hot and fresh beyond belief.  I think I burned my mouth just taking a first bite.  The egg tarts at Tai Cheong had crumbly buttery crusts, akin to the best pie crust you’ve ever tasted.  Here, the crust was flakey and buttery.  The egg custard center jiggled with a similar smooth delicateness.  It was no less than perfection. 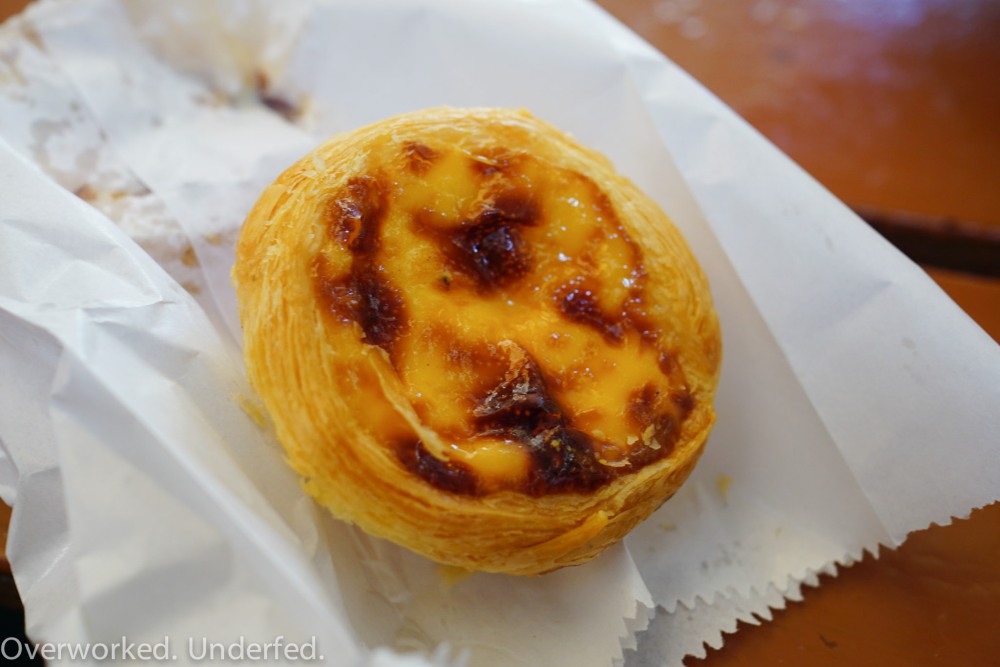 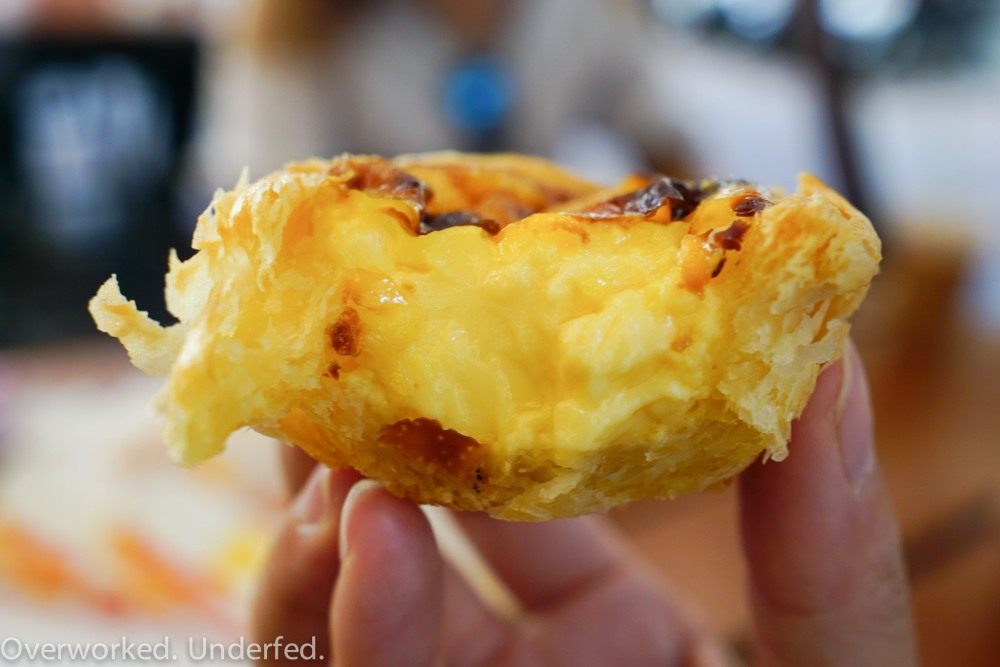 You’re probably expecting me to conclude the winner of the egg tart battle.  Unfortunately, I cannot.  Both egg tarts styles are delicious in their own right.  I can see why people line up and crowd around Margaret’s.  They are definitely worth the short trek away from the tourist hustle and bustle of old colonial Macau.