Fukuhachi (Stall No. 58 on the map)
Google Maps (general location of Omoide Yokocho)

I started to hit that point on a vacation where the constantly hustle and on-the-go speed caught up to me.  I took a massive nap around 6pm and woke up at 10pm.  With The Annoyer’s help, I overcame my laziness and took a short walk to check out Omoide Yokocho, fondly referred to as Memory Lane or Piss Alley.  It’s an iconic spot in Tokyo.  I’ve seen it so many times on travel shows.  This cramped alley of closet sized eateries is known for yakitori and late night drinking.  We were lucky that most shops didn’t close until 11pm.  The alley was a lot smaller than I had imagined, just 2 blocks long. 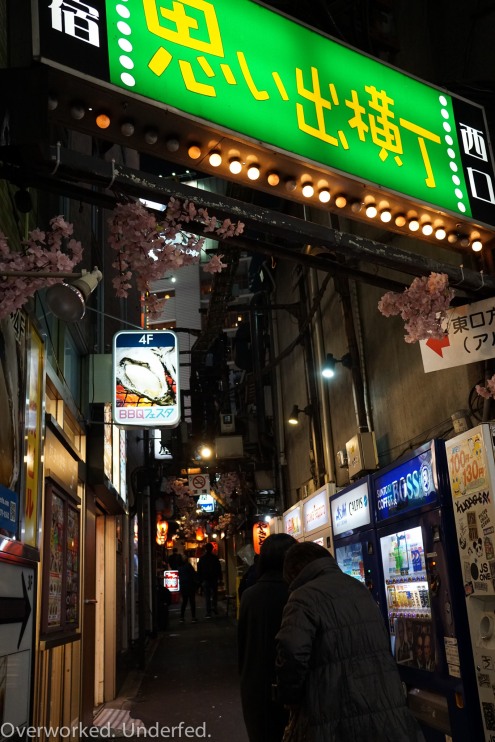 We perused the alley and basically picked a random spot with open seats.  The sign outside reading “English OK” probably helped us narrow down the choices.  Fukuhachi seems to be run by a husband/wife team.   I am not sure if the 1 drink per person minimum is a standard of the other yakitori eateries in the alley, but that was the policy for Fukuhachi.

Grilled Fish
This came out instantaneously, which led me to believe it must have been reheated rather than cooked fresh.

Chicken Meatballs
Grilled Shitake Mushrooms
Good, but not too memorable.  I would have preferred more char on my meatballs.

Bacon Wrapped Tomatoes
I love tomatoes and the bacon added great smokey saltiness.  This was my favorite. 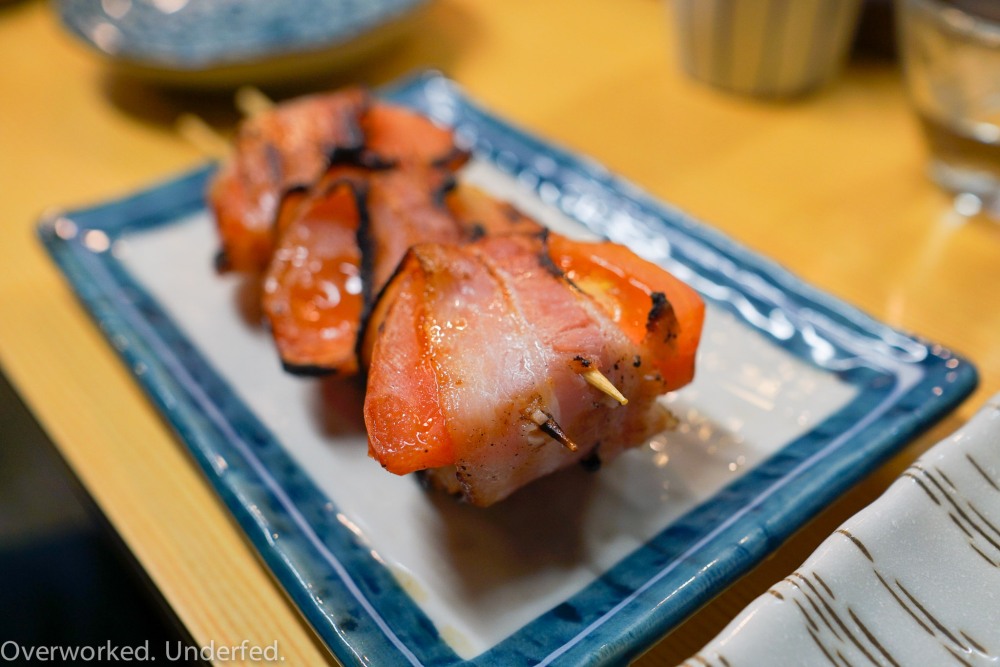 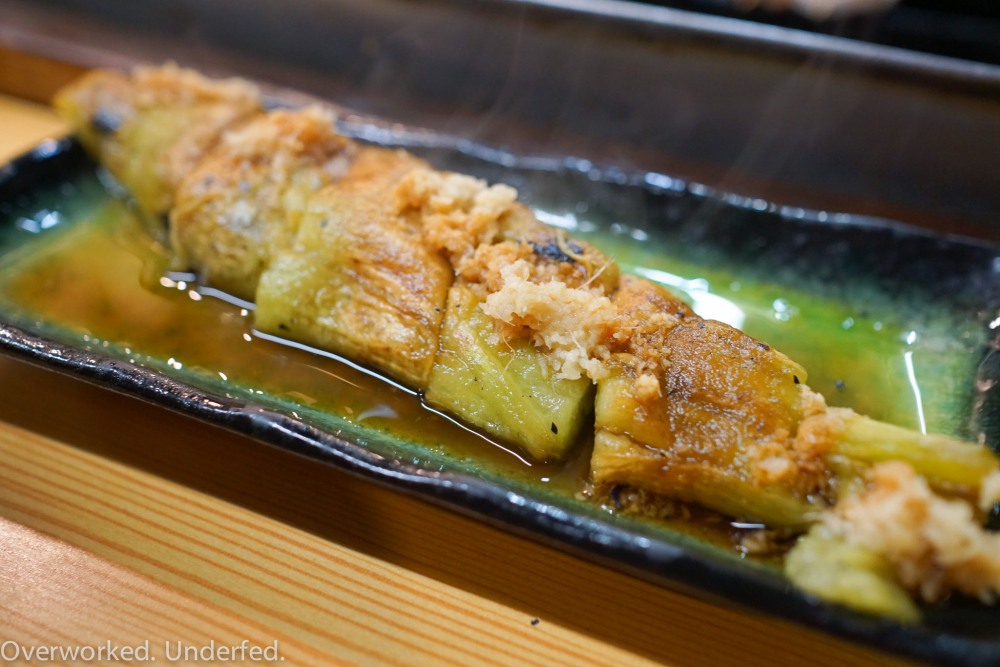 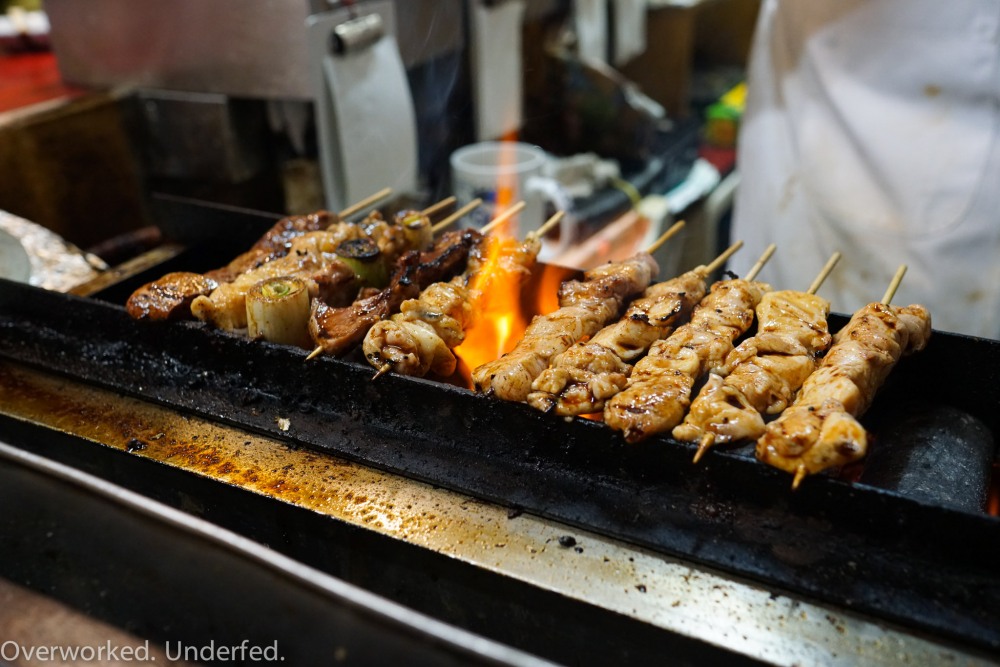 Chicken Sampler liver, dark meat, thigh meat, heart, skin (from right to left)
The liver was too much for me, but I’ve never too big a fan anyways.  The regular meat was tender, but could have used more flavor.  The heart was fine and the skin could have been crispier. 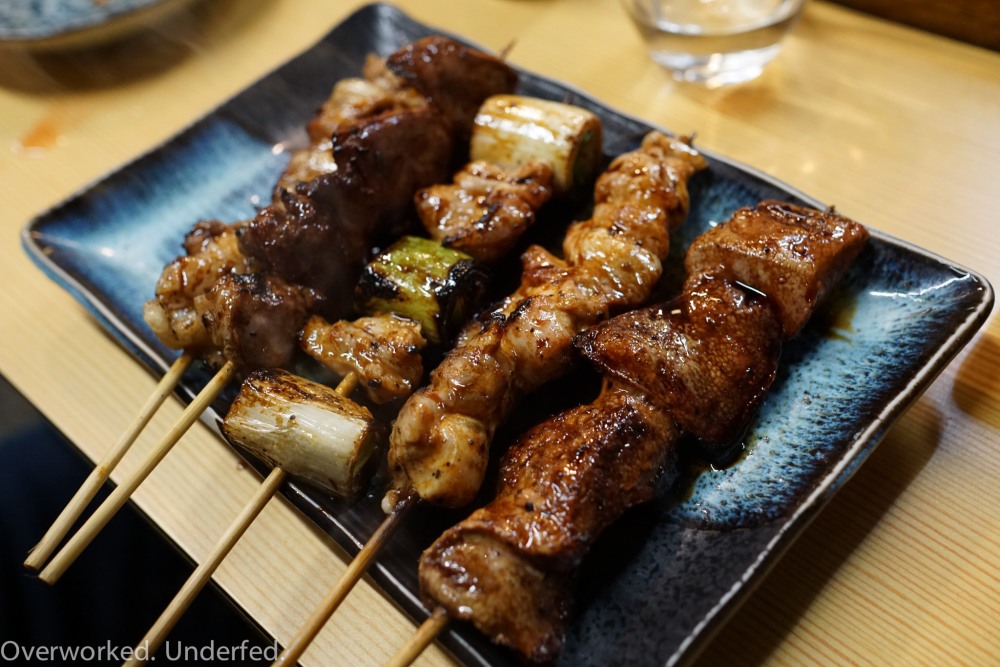 The husband/chef seemed quite stern, but was friendly enough to offer to take a picture for us without us even having to ask or fumble around.  I thought that was nice.  As far as the food is concerned, I didn’t quite love everything at Fukuhachi.  It wasn’t a bad meal.  I’ve just had better yakitori.  I guess I could have had a better last meal in Tokyo.