Triple F and Running Man really love this place. Apparently the guy who opened up Roku actually had a food truck serving Japanese curry and was successful enough to open up a brick and mortar joint serving a larger selection of food, izakaya style. The menu is surprisingly extensive here so I was a bit wary of the quality. I mean the place serves pretty specialized Japanese dishes like takoyaki, okonomiyaki, and ramen so it could easily do it all wrong. Fortunately, it does it all right!

I’m not sure why Triple F loves mentaiko so much. It’s quite fishy funky and Triple F is not usually one for unusual foods. Anyways, this was ok but I’m not a fan of mentaiko I guess.

Running Man loooved this, which again was not my thing. The bacon wasn’t crispy enough and it wasn’t enough meat to balance out a big hunk of starch.

Running Man wanted okra, but I’m somewhat put off by its slimy nature. Fortunately raw okra is less texturally unappealing compared to its cooked counterpart. The salad was a good balance to the other heavier dishes.

If I knew is was just going to be kimchee, I wouldn’t have ordered it! There were like 3 cucumbers!

I’ve had takoyaki a handful of times and its just one of those dishes where you’re not quite sure what “good” is supposed to taste like. After having it here, I can firmly say that this is the best takoyaki I’ve ever eaten. It was pretty crispy on the outside and soft, but now gloopy or runny on the inside which is what it’s been like every other time I’ve eaten it. The squid was also not chewy. This will be my new takoyaki gold standard! 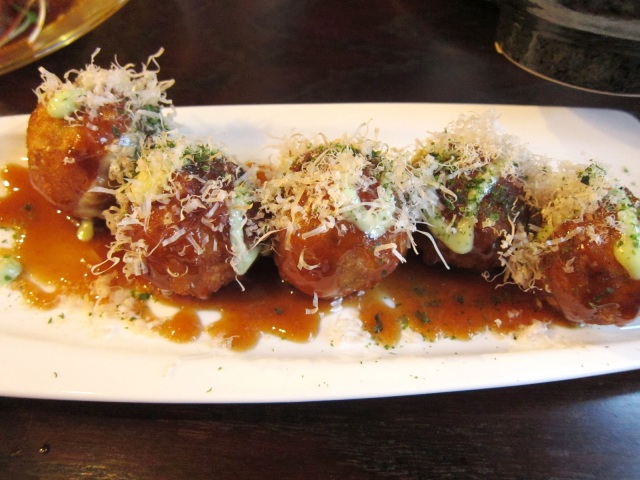 When you want a great bowl of ramen, you usually go to a ramen house. Oddly enough, the ramen here was surprisingly good. Considering all the other foods they make here, I don’t see how the chef has the time or dedication to make such a good bowl of ramen. It’s no Santouka, but yum yum anyways. 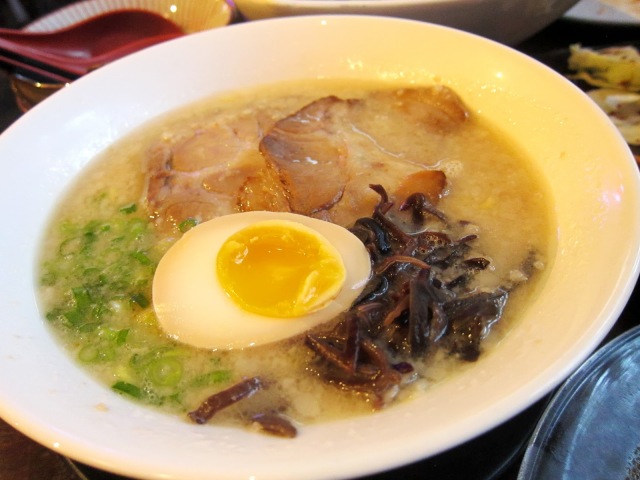 I don’t think I could fully appreciate this since I was so full but it was solid.

Running Man and Triple F were quite disappointed by this since it was much better last time. It was just too fishy tasting. 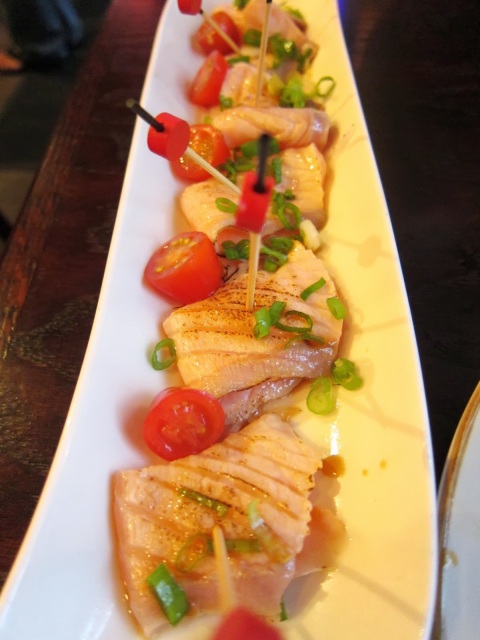 It’s hard for me NOT to order this dish, but most times it’s just average as it was here. 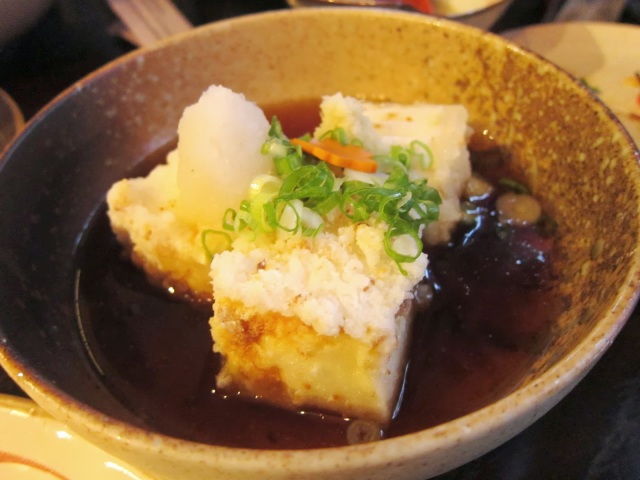 Okonomiyaki is another one of those dishes, like takoyaki, which I’ve had before but never had a good version until now. Roku does it right. It has to be ordered ahead of time because it takes 15-20 minutes to prepare.

Roku had some misses for me, but it’s takoyaki, okonomiyaki, and ramen were solid. I would certainly go back and order more things to my liking, though the agendashi tofu and kimchi cucumbers were all on me 😞.  You can’t be a superstar with the ordering everytime.