Since moving to Portland, I’ve had the strangest cravings for an In ‘N Out burger.  It’s only strange because I never crave In ‘N Out.  I probably eat In ‘N Out on only one occasion, on my way to Las Vegas.  I think I’m probably craving it because I know I can’t have it.  In an attempt to find a delicious burger, we stopped at Little Big Burger after walking to the restaurant we actually wanted to eat at and found it closed.

The menu is simple enough, very In ‘N Out-esque

I’m not a huge fan of rootbeer but I like ice cream, so I agreed to trying this out.  It tasted like a rootbeer float.  Enough said. 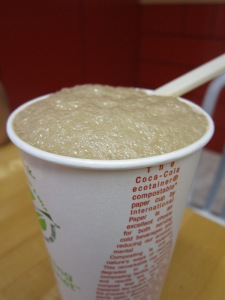 It’s probably not just Portland, but I feel like the food scene is all about “locally sourced” or “house made.”  Honestly, I would have preferred these condiments have had the words “Heinz” on the labels.  The “fry sauce” tasted like a blander version of thousand island dressing and the “catsup” was too sour for my tastes.

Truffle oil??  Sign me up!  They definitely had the wonderful essence of truffles and the tasty saltiness of sea salt.  I really liked the fries, certainly more than In ‘N Out fries for sure. 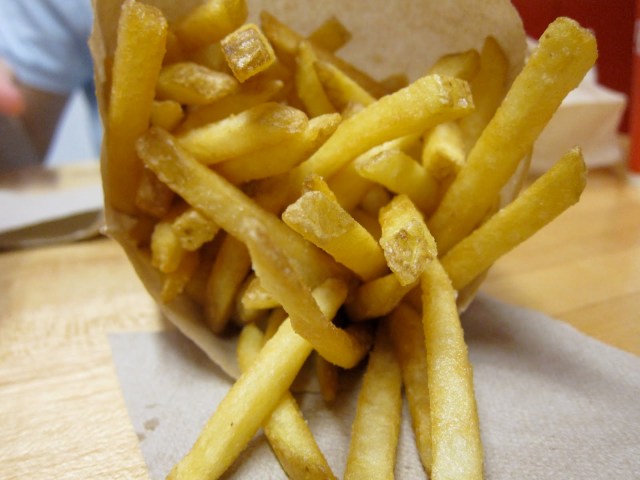 The place should be renamed “Little Burger” because there is nothing big about these guys.  They’re like bigger versions of sliders.  We were definitely still hungry after our one burger each.  Dumpling Man did not seem impressed with the tillamook cheddar. 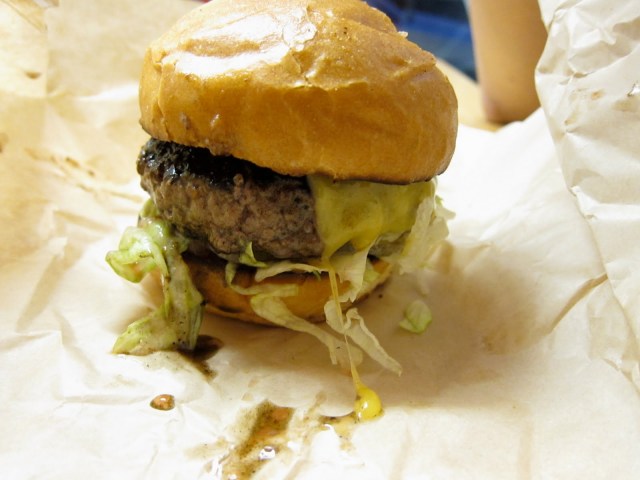 People spoke very highly of the chevre cheeseburger.  Personally I found it distracting.  It was sharp and creamy and nothing like you’re used to as a burger topping.  So it was unique in that respect, but I would have preferred normal cheese and more sauce.  I was loading up the burger with the fry sauce.  Overall, the burger wasn’t that bad.  The patty was thick and juicy, the bun was light and soft, and veggies were crisp enough.

For the price, the wait (you ain’t “in and out,” that’s all I gotta say), and the tiny size of the burger, I can’t really recommend Little Big Burger.  I guess it would be good for a snack.  I’m really surprised all the “sturdy” Portlandians dining there that evening could have only one burger and feel satisfied.  If I didn’t have the fries to load up on, I woulda been whining for more.  Dumpling Man says Joe’s Burgers is a better bet, so I’m looking forward to trying their burger soon.